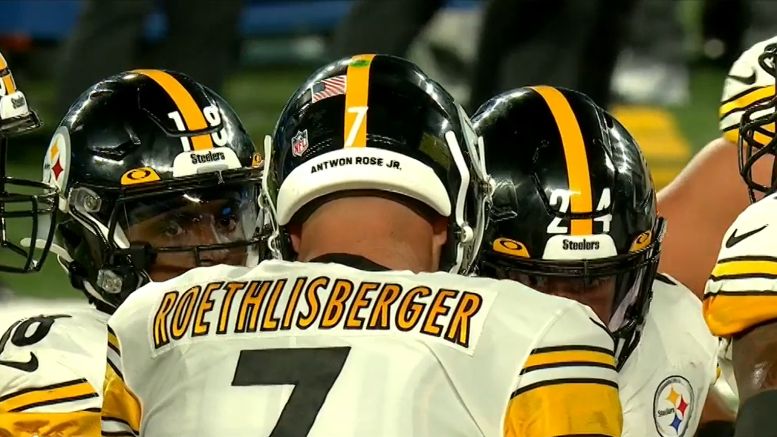 While we’re still learning what Matt Canada’s offense is going to look like for the Pittsburgh Steelers this season, one assumption that has been made is that it will put more of an emphasis back on the running backs contributing in the passing game, something that they have moved away from a bit in recent years.

They believe that they now have a quality receiving back in first-round pick Najee Harris, but third-year Benny Snell also understands that he’ll have to field the ball when it comes his way. He recently talked about his connection with quarterback Ben Roethlisberger, both on and off the field, during an interview with Brad White and Vince Marrow for Kentucky Sports Radio.

“I know Big Ben wanted to start throwing and getting the connection with guys early, so I made sure I was back for that. You’ve got to get that work”, he said, on the eve of a football camp he will be running in the area. He talked about balancing his own two-a-day workouts he was conducting with appearances at OTAs, and how that connection with Roethlisberger was the driving force for his showing up.

“Every time he opens his mouth, guys are locked in. I’m locked in to learn and take in any type of knowledge or understanding that he says, because he’s been around”, Snell said of the 18-year veteran. “He knows what it takes. It’s just good to have such a veteran player, a future Hall-of-Famer on my team, so I value that and I take note of that every day”.

While it’s not entirely clear from the outside, many seem to believe that Snell will be in a roster battle this summer. The Steelers allowed James Conner to walk in free agency, but of course replaced him with Harris, and they also signed veteran Kalen Ballage in free agency, who could very well compete for a roster spot.

The team carried four halfbacks on the 53-man roster in 2020, but that is not guaranteed to happen this year. They didn’t start the previous two seasons with four, though they would eventually add a fourth, and in the case of 2019, even a fifth, as the season progressed and injuries took their toll.

Snell is among four returning veterans, with 2018 fifth-round pick Jaylen Samuels being the most veteran in terms of tenure. Trey Edmunds has spent more time on the practice squad than the 53-man roster, but remains in tow. Then there is Anthony McFarland, a fourth-round pick out of Maryland who was coached by Canada there in 2018.

Snell has rushed for 794 yards and six touchdowns on 2019 carries since coming into the league in 2019, averaging 3.6 yards per carry. He understands that his best football has to be in front of him, but he retains his belief in himself that he has big moments lying ahead in his future.