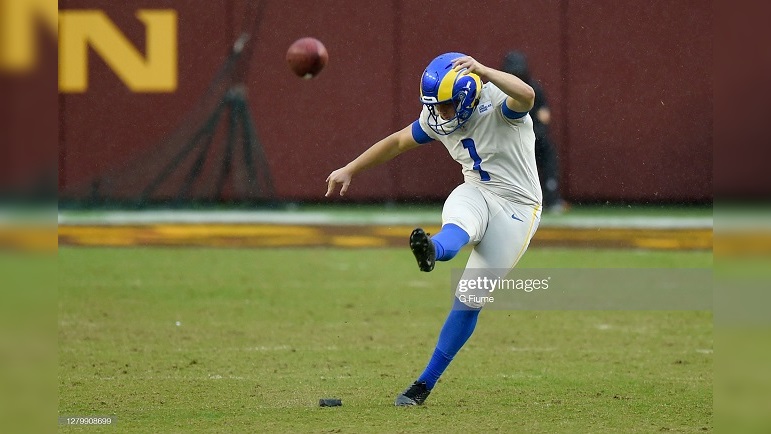 Reasoning: The Steelers have brought in a second kicker in time for training camp, adding 2020 seventh-round pick Sam Sloman to the 90-man roster to complement veteran Chris Boswell.

Are the Steelers sending Chris Boswell a message with the news that they are adding a second kicker to the roster? After all, they didn’t have a second kicker last year, although punter Corliss Waitman had some history kicking the ball.

Of course not. Sam Sloman is not a challenger for Boswell’s job, unless something unexpected happens, like Boswell kicking the way he did in 2018, or Sloman kicking the way Boswell did after 2018. But unlike last year, the Steelers have preseason games to play, so it’s good to have that second leg.

After all, they lost a kicker to the Hall of Fame game turf in 2015, ending Shaun Suisham’s career. While that eventually led to Boswell later in that season, it was not a clear path getting there, and included their trading for Josh Scobee, who pretty much lost a game against the Ravens for them.

Sloman, though, is not without talent, or else he wouldn’t have been drafted, even if his rookie season with the Rams did not go as planned. He only made eight of 11 field goal attempts, and 11 of 18 extra point attempts, before being waived after seven games, which is why he is now available. He did go 2-for-2 in one game with Tennessee, and 5-for-5 on point after tries. And one of those field goal makes was from 47 yards.

The Steelers did have a second kicker last year. Boswell missed three games due to injury, and first-year Matthew Wright served in his place. He went 4-for-4 on field goals and 7-for-7 on extra points during that time, but he signed with the Detroit Lions in January. He is competing with veteran Randy Bullock, who was also briefly with the Steelers, for the kicking job.