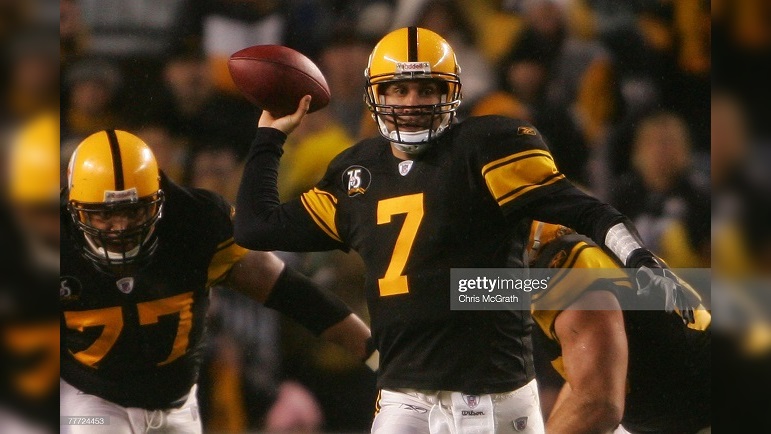 According to multiple reports on Thursday, the NFL has decided that they will bring back alternate-color helmets beginning in 2022.

In a memo sent to teams on Thursday, the NFL announced a new policy that will give teams the opportunity to use two different helmets starting in the 2022 season, which will more than likely be considered an extremely popular move with fans of teams who like alternate and throwback uniforms.

The NFL just sent this memo to teams—starting in 2022, clubs will be allowed to use a second helmet. Which opens the doors for the return of Bucco Bruce and Pat Patriot, etc.

The memo reportedly states that teams can pair the second helmet with alternate, throwback or Color Rush uniforms, so long as they follow all league policies on ensuring that all alternate helmets are properly fitted, and that all players are provided with sufficient opportunity to wear the alternate helmets in practice prior to wearing them in a game.

Up until now, player safety was the driving reason behind the NFL previously telling teams to stop using alternate helmets. In short, the want centered around every player having one helmet that fit properly, and not to alter it once the season got underway.

With this new policy not going into effect until 2022, we have platy of time to speculate as to what the Pittsburgh Steelers will choose as their alternate helmet if they choose to have one at all.

It will be interesting to see if the Steelers choose to go with the 1962 gold helmets that the team wore in a few games during the 2007 season to celebrate the 75th season of the franchise. Those helmets were gold with the Steelers logo on the right side and a single black stripe running down the center from front to back. Those would look sharp with the Steelers all-black throwback uniforms.

What helmet would you like to see the Steelers use an alternate starting in 2022? Do you like the ones used during the 2007 season?