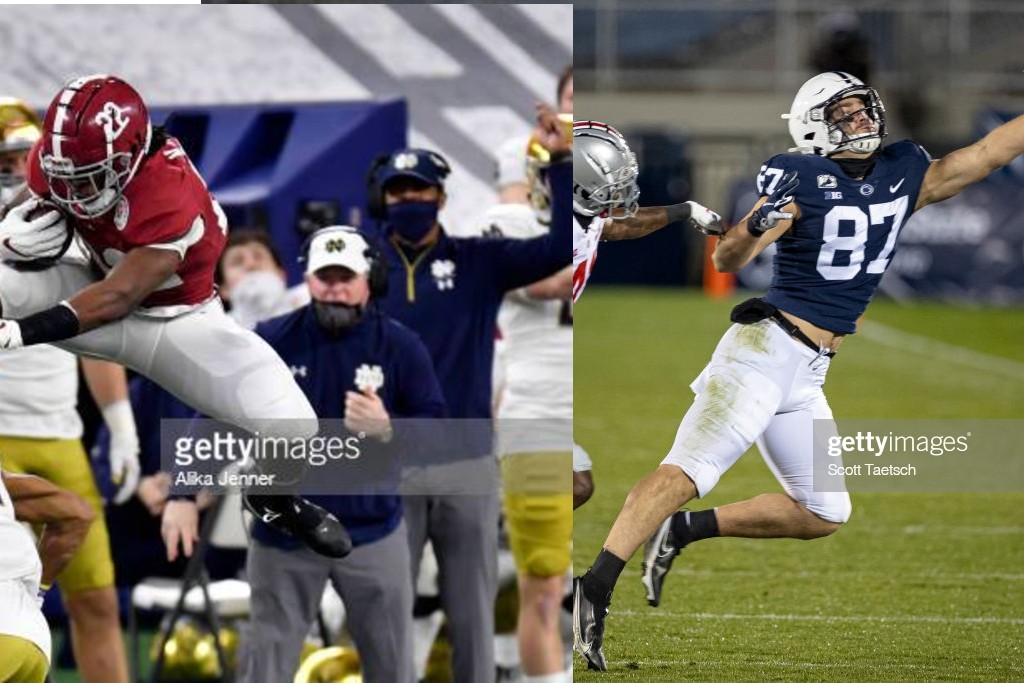 Running back Najee Harris and tight end Pat Freiermuth, the Steelers’ top two picks in the 2021 NFL Draft, are among the 60 rookies part of the NFLPA’s annual Rookie Premiere. The union is teaming up with Panini America, one of the nation’s biggest trading card stores, to help build the foundation for who they deem as the league’s most marketable players of tomorrow.

Due to the pandemic, the event will be held virtually for the second straight year.

In the press release, they announced what will take place during the event

“Traditionally held each summer in Los Angeles, this year the NFLPA hosted a private, virtual player-only program for the next generation of NFL stars who gained insights from NFLPA partners and industry experts, including Panini America, Sleep Number and P&G, plus heard from stars of the past and present, including Emmitt Smith, Ryan Clark, Dak Prescott and Tyler Lockett.”

This is a chance for rookies to get a feeling of what life is like, especially off the field. The pressure, the critics, managing finances and fame. It’s also a chance for players to begin building their brand and name recognition. In Pittsburgh, players like JuJu Smith-Schuster and Chase Claypool have done a great job at marketing themselves and earning endorsements. Smith-Schuster has made as much if not more off his marketing deals than he has with his rookie contract. His Twitter account has over one million followers, while his YouTube channel has nearly as many subscribers.

Harris has already shown his personable personality and has a strong social media following (120k Twitter followers as of this writing) that will only grow as he begins his NFL journey. Freiermuth has the chance to become a fan-favorite in Pittsburgh and seems to have a good working relationship with the media.

Harris and Freiermuth are the only two Steelers among the 60 who are attending. Freiermuth is just one of three tight ends, Kyle Pitts and Hunter Long are the others, while Harris is one of several running backs. The event clearly has an eye towards marketing, but it basically shuns less-glamorous positions. Only three offensive lineman and two off-ball linebackers make up the group of 60. Compare that to nine quarterbacks and a whopping 23 wide receivers.