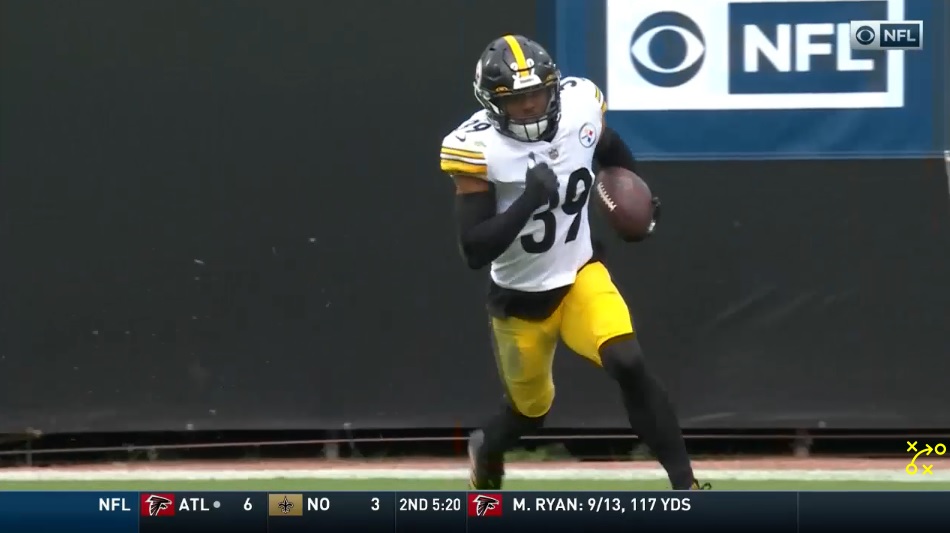 Minkah Fitzpatrick didn’t come home with the gold but he’s on the podium. In CBS’ ranking of the top ten safeties of today, Fitzpatrick came in third place. According to author Tyler Sullivan, he believes Fitzpatrick will comfortably be in that spot for years to come.

Here’s what we wrote:

“Fitzpatrick will likely be firmly inside this top five for the foreseeable future. During his first full season with the Steelers last year, Fitzpatrick earned his second-consecutive All-Pro nod as a member of one of the better defenses in the entire NFL. He injected an opportunistic edge to Pittsburgh’s defense when he was acquired from the Dolphins in 2019 and that continued into 2020 where he started all 16 games and hauled in four interceptions. He also notched a career-high 11 pass breakups, while allowing a completion percentage of just 50. When targeted, Fitzpatrick gave up just a 65.7 passer rating.”

Much of what can be said about Fitzpatrick we covered in yesterday’s article of NFL.com including him as part of their Under-25 team. He helped take the Steelers’ defense from decent yet underwhelming, a unit that could generate pressure with the best of them but too often fail to capitalize on things. Though the trade was panned by many in the media at the time, Pittsburgh traded a first rounder for him right after losing QB Ben Roethlisberger for the season, it’s proven to be one of the shrewdest moves of the past decade.

It’s hard to find quality center field free safeties. Box type of strong safeties, bigger-bodies who can thump against the run? There’s a lot of them. But finding someone with a high football IQ, ball skills, range, angles, and the ability to finish the play is a combination that doesn’t come around too often. And you usually have to be picking high in the draft to nab those guys. That’s why Fitzpatrick was drafted 11th overall while Terrell Edmunds was taken seventeen spots later (and that was arguably too high).

The question becomes if Fitzpatrick can reach that #1 spot. He’s obviously close to that mark. But CBS placed Kansas City’s Tyrann Mathieu and Denver’s Justin Simmons ahead of him. If Fitzpatrick continues his ball-hawking ways and can have another impressive season where he slightly increases his interception total to say, six or seven, he may have a shot. Still, he’s in great company and not only will he remain a in the top five for a long time, he should remain a Steeler for a long time. His payday is expected to come next summer.

Around the AFC North, the Bengals’ Jessie Bates took the fourth spot while the newly signed John Johnson of the Browns grabbed fifth place.