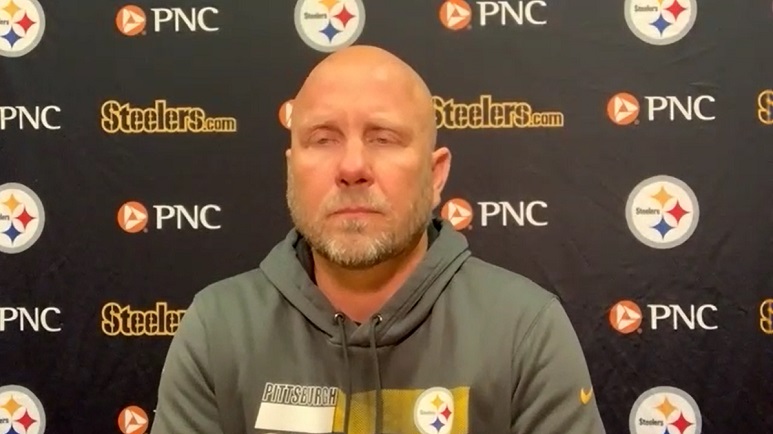 It’s been known for most of the offseason that one of the Pittsburgh steelers main goals on offense in 2021 is to run the football a lot better than they have the last few seasons. On Tuesday, new Steelers offensive coordinator Matt Canada talked about how the offense needs to run the football better in 2021 and how more play action might also be a spinoff from that.

Canada went on to clarify that statement and then add more context.

“It doesn’t mean we’re going to run the ball for X amount of yards in a game,” Canada said. “All that matters here is winning. And you guys that cover the team know that. You know our charge is to win the Super Bowl and that’s it. So, how we do that on offense and the formula and the formations, all those things, we’re obviously always as coaches every year you’re trying to create a system to put your players in a position to make plays and to run the football. We certainly believe play action is a part of that, but that’s not the only focal point we have. We’re going to run the ball when we have to run it and we’re going to throw it when we have to throw it. And after that, we’re going to do everything we can to get our best players, and we’ve got a lot of really, really good ones, in position to make the plays that their talents direct us to do.”

Not only did Canada recap the offseason directive from Rooney to run the football better in 2021 than in previous seasons, but he also talked about the team president wanting more physical play out of the offensive line as well.

“But I think upfront, the mindset of what we’re trying to do, again the charge from Mr. Rooney, to be more physical, to run the football, as an offensive lineman, you’re going to like that,” Canada said. “We’re going to come off the ball and do that. Doesn’t mean we’re going to run it a million times or anything like that, but giving them an opportunity to be more aggressive, I think is going to go.”

The biggest thing to take away from Canada on Tuesday is that the expectations in 2021 shouldn’t necessarily be that the Steelers offense runs the football more just for the sake of running it more. Instead, the focus should be on the running game being a lot more successful than it has in previous years. Running successfully earlier in games will hopefully result in the Steelers offense being able to run more often later in games as well.

All that said, the Steelers did spend their first-round draft pick this year on running back Najee Harris and because of that, it’s hard to envision him not being leaned on heavily as a ball carrier right out of the chute in 2021. The more successful the Steelers offense is at running the football in 2021 will go a long way in determining whether or not the team can ultimately make the playoffs and go on to make a run at a Super Bowl championship as well.