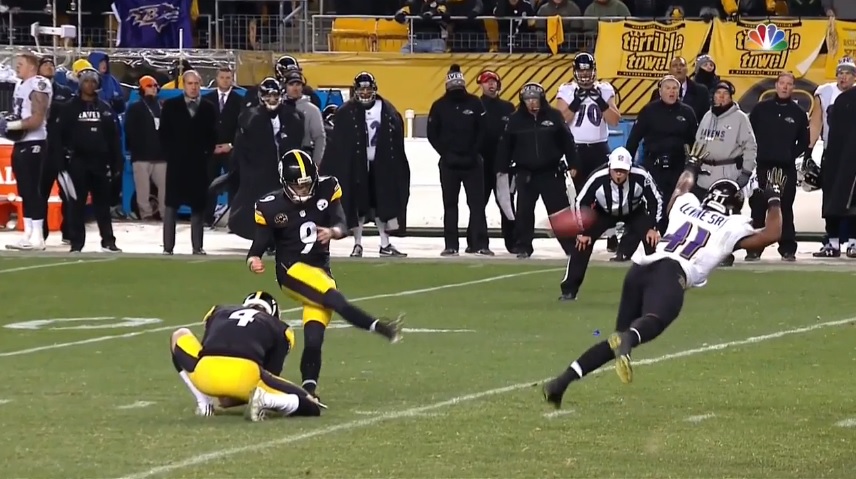 Chris Boswell has been one of the Steelers’ diamond in the rough finds. From Shaun Suisham’s injury to the disaster that was Josh Scobee, it led them to The Boz who aside from an ugly 2018, has proven to be an excellent kicker. CBS’ Chris Trapasso put things into context, naming Boswell the third best kicker in the NFL in his 2021 rankings.

In explaining his selection, here’s what Trapasso wrote:

“…Boswell has been one of the best kickers in the NFL over the past two years. In 2020, he hit 19 of 20 field goals, which is even more impressive when you consider that his only miss came from 59 yards out. Boswell’s 95% hit rate on field goals was the fourth-highest in the NFL. Although he struggled on extra points in 2020 — he hit just 89.5% — he’s only one year removed from a 2019 season where he made them all.”

For his career, he’s made 88% of his field goals. Temporarily putting aside the outlier that was his 2018 campaign, that number jumps to 91.1%. But even sticking with the overall 88% figure, it’s one of the best marks in football. Here’s how that percentage ranks among all kickers since 2015.

So Boswell is ranked seventh in the league. Over the past two years, his 94.1% is best in football, even edging out Justin Tucker (94.1 vs 93.1). Just three years ago, it wasn’t clear if Boswell was going to make it through the season. But he did and bounced back, getting past the mental side of the position and getting himself back on track.

Trapassso also makes the crucial point about how well Boswell has done in postseason play too.

“Boswell was one of the NFL’s best kickers during his first three years in the league (2015-17) and he’s returned to that form over the past two years. One other reason Boswell is ranked so high is because he holds the NFL postseason record for most field goals without a miss (16 for 16). “

Boswell made his long field goal attempt in last year’s loss to the Browns, connecting from 49 yards out. In his first playoff game, he went 4/4 in the team’s win over the Bengals, including hitting the game-winner, and went 6/6 to beat the Chiefs in 2016.

His next made field goal will put him into sole possession of third place in Steelers history, breaking a tie with Roy Gerela. He’ll still have a ways to go for first and second place. Jeff Reed made 204 while Gary Anderson hit on 309. Boswell is currently sitting at 146.