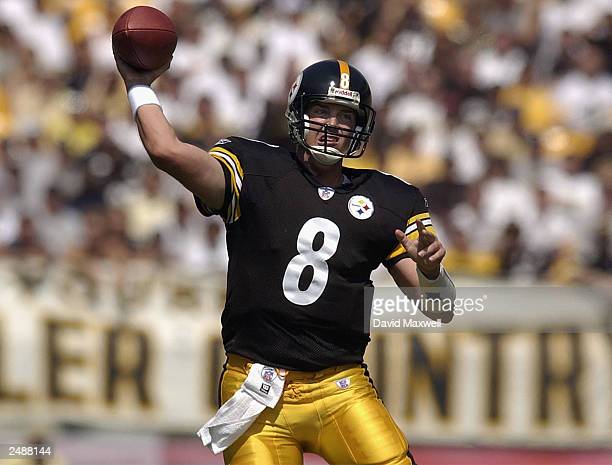 The NFL Draft is one of the most exciting times of the year. Hope springs eternal, a chance for teams to reset, to reload, to hopefully find their quarterback of the future. For fans, it’s a thrilling weekend. For veterans on NFL teams, it’s one of the worst. A bunch of rookies possibly coming in to take away your job.

While Steelers’ Nation was excited to see Ben Roethlisberger become a Steeler with the 11th pick of the 2004 draft, one man wasn’t.

“Soon after that, I heard from an unhappy Tommy Maddox. We met face-to-face in the office because, as I always told the players, they were welcome to ask me questions about their role. My promise was I’d always give an answer, even if it was one the player didn’t agree with or want to hear.

Tommy felt I had promised him in exit interviews he was going to be our quarterback of the future. I listened at first, then both of our voices got louder. I told him I wouldn’t be doing my job if I didn’t do everything possible to help our team, and when this player became available, we took him because it was in the team’s best long-term interest.”

Maddox’s frustration was understandable. He struggled in ’03, throwing nearly as many interceptions as touchdowns as the Steelers struggled to a 6-10 record. But the O-line was bad, Cowher admits as much, and Maddox was trying to find his footing after getting back into the NFL, a long journey from football player to insurance salesman back to football player.

But obviously, drafting Roethlisberger was the right move. There have been reports Cowher wanted to take OG Shawn Andrews but Dan Rooney directed them to take Roethlisberger (the book makes no mention of that). The plan was for Maddox to start probably the entire 2004 season but he suffered an elbow injury in Week 2, opening the door for Roethlisberger to play and go on a crazy run, ending the season at 15-1. After the ’04 season, Maddox would make only two more NFL starts, both losses in 2005. Pittsburgh released him the following offseason.

If you’re in the NFL, odds are good you’re a fierce competitor. That you believe you’re the best, that you can make it, and overcome the odds of the average NFL’er who spends just a couple years in the league. That was Maddox’s makeup so his reaction was fair. It’s a nice look behind the curtain to understand the dynamics of roster moves and decision-making. The balance between building a good roster on paper but also juggling personalities and the people who make up that team.