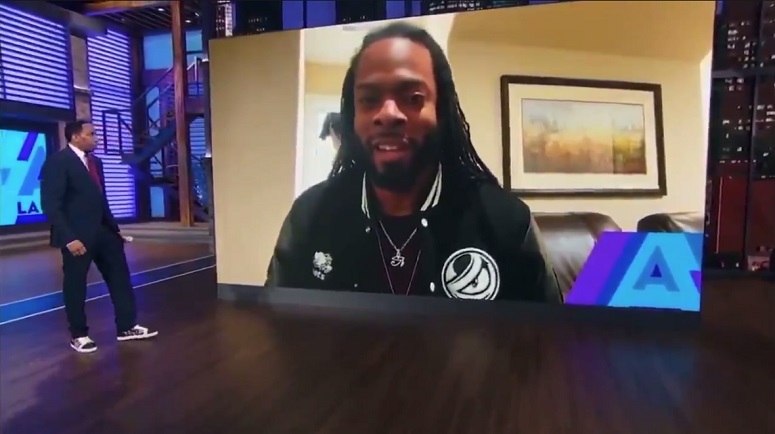 While the Pittsburgh Steelers could certainly use another veteran cornerback in their roster on the heels of the team parting ways with cornerback Steven Nelson earlier in the offseason, don’t count on veteran free agent Richard Sherman signing with the team.

No contact with Steelers and Richard Sherman #Steelers pic.twitter.com/cRNfqc4eUW

In a recent interview with Stephen A. Smith on ESPN, Sherman, who is still looking to sign with a new team this offseason, said he has yet to have any conversations with the Steelers about possibly joining them.

After Smith, a longtime Steelers fan, joked that he would call head coach Mike Tomlin to see what he could do to facilitate Sherman signing with Pittsburgh, the veteran cornerback made it clear that he would have no problem playing for the AFC North team.

“I’m good with that,” Sherman told Smith. “I’m not afraid of the AFC North. You know, it’s a good division. I’d like Pittsburgh. It’s cold, I’d have to bring my winter clothes, But you know, it is what it is.”

Sherman, who is now 33 years of age, played his last three seasons with the San Francisco 49ers. Last season, however, the veteran cornerback was limited to just five games due a calf strain injury.

While Sherman probably wouldn’t mind playing for Tomlin and the Steelers in 2021, the fact that he is likely looking to earn more than the NFL minimum for another season of play is likely enough of a reason to think that he won’t sign with Pittsburgh.