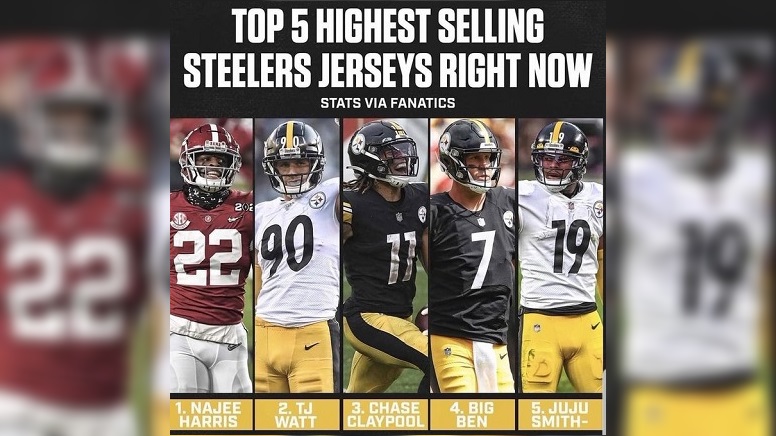 It was revealed on Monday that Pittsburgh Steelers rookie running back Najee Harris, the team’s first round draft pick this year, currently has the highest-selling jersey on the team, according to Fanatics.

Harris being tops on the Steelers in jersey sales right now, however, isn’t a huge surprise with the Alabama product being the team’s first-round selection last month and with there being lot of hype surrounding the young running back this past week at rookie minicamp.

Harris is quite the character. Fans of the Steelers were able to get a glimpse of his great personality this past weekend during the team’s rookie minicamp once the Alabama product found out that the media was able to watch him practice from a balcony at the UPMC Rooney Sports Complex. Harris thought those who were watching were boosters and not media members.

“Oh, you saw that?” Harris asked when a media member asked the running back to comment on a one-handed catch he had during practice. “You guys were here? Where were you guys at?”

Harris also downplayed a question about his pass-catching ability, and whether his one-handed snag at practice was something new for him. The running back responded in quite a playful way and was having fun with the media member and his question.

“Bro, what?” Harris said. “Where you from? Did you always cover the Pittsburgh Steelers?

“I always do that! (referring to making one-handed catches). I always do that. Not to brag or nothing, but it’s like, what the heck? It wasn’t luck, I’ll tell you that.” 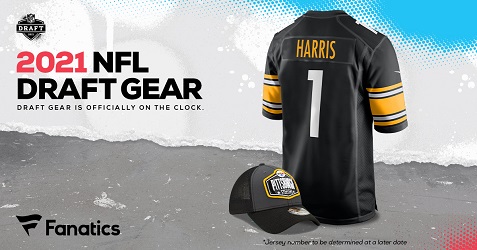