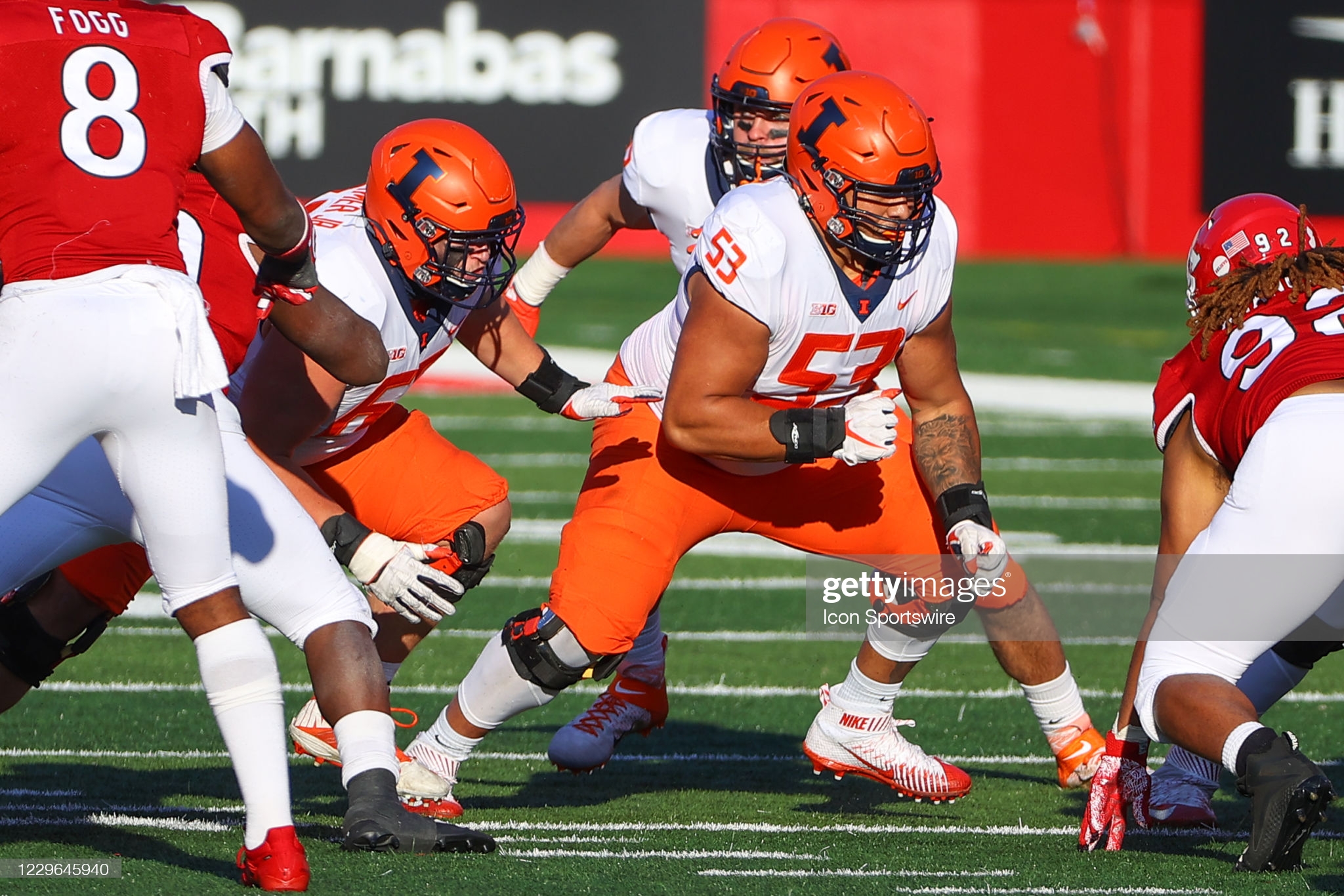 At the end of the day, football is football, but there are so many microscopic transitions embedded within the macroscopic transition of moving from the college level to the NFL. Not only are you transitioning from an amateur to a professional, from one level of talent to another, but you’re also almost surely transitioning into new styles of play, with new terminology.

Each draft class represents a melting pot of the college experience gathering together into one new organization, typically running the gamut between first and seventh-round picks, and coming from a variety of schools, conferences, and divisions of play. In other words, everybody has their own unique transition story.

For third-round pick Kendrick Green, his story will involve getting use to snapping the football from under center, something that he admitted to reporters over the weekend during rookie minicamp is something that he was virtually never asked to do at Illinois.

“Under center, no, unless we were running a quarterback sneak, we were never under center”, he responded when asked, but there are some things with which he’s familiar. “We were a big inside-zone, outside-zone team, so that’s something that I’m really used to”, he said.

It should be pointed out that the degree to which a player’s college experience of playing under center matters has dramatically been reduced over the course of the past decade. More and more, teams are playing primarily from out of a shotgun formation, and the Pittsburgh Steelers under Ben Roethlisberger pretty much do it more than anybody else in the league.

According to Sharp Football Stats, the Steelers ran plays out of the shotgun 83 percent of the time last season. Only the Minnesota Vikings, the Cleveland Browns, and the Los Angeles Rams ran more than half of their plays from under center, with the league average being 65 percent of snaps being run from the shotgun.

The reason for that is simple, of course. NFL trends match college trends over time. As the college game evolves, and those players enter the NFL, they begin to represent the dominant group of players, and coaches wisely adapt to their talent. Most players coming out of college today are primarily experienced playing out of the shotgun, and now, they’re going into a league that primarily plays out of the shotgun as well.

It used to be a big thing for incoming rookie quarterbacks. They’d better get used to playing under center or they’ll never make it, it was said. That was still prevalent around the time that Landry Jones was drafted. The landscape changed significantly by the time Mason Rudolph came out of school.