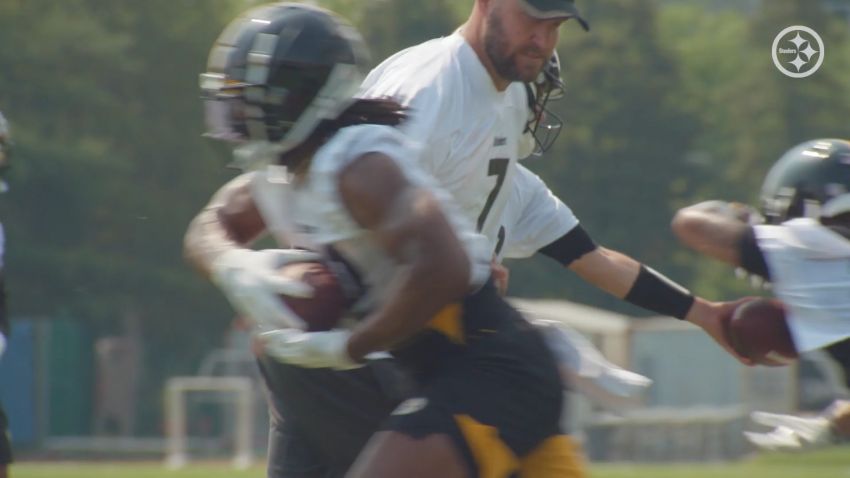 Veterans from around the league last month were urging players to skip voluntary workouts in the Spring. While it’s unclear whether or not it was a move intended to create a dialogue, that is the effect that it ultimately had, and virtually every team met with its players to discuss issues that led to compromises.

As a result, we’ve seen significant turnouts throughout the league as OTAs opened yesterday, including for the Pittsburgh Steelers, where Cameron Heyward, the veteran team union representative, talked about the importance of this time of year for the young players—but also the importance for them to take responsibility for their own learning.

“I don’t know how much expectations you go into this time [with]. I think you really start to narrow it down when you get to training camp”, he said when asked about what he was expecting to see from the young players. “Minicamp, you can’t see guys going full speed, but training camp, you say, what can this guy do for this team now?”.

“I think learning is the main thing for young guys”, he added. “I was not fortunate enough to have a minicamp and OTAs my first year, because we were the lockouts. My main thing was, wherever I went, be a sponge. Be open to learning”.

Heyward was drafted in 2011, the year of the most recent labor strife, with the NFL and NFLPA struggling to come to a compromise on the Collective Bargaining Agreement. As negotiations broke down, the owners ‘locked out’ the players, essentially barring them from doing their job.

The lockout was not resolved until late July as training camps began to open, so the rookies that year missed the entirety of the offseason program. They didn’t even have virtual meetings and interactions with their coaches, as last year’s pandemic-era rookies did, because they were barred from doing so.

While this year’s rookies may not have either of those disadvantages, it is still a struggle to go from an amateur college athlete to a professional, and all of the mental, physical, and emotional demands that go along with it, a point Heyward was insistent on emphasizing.

“You’re in a different situation. Where you might have only played 13 games in a season, now you’re going to play 17 in the regular season, and then four preseason games on top of that”, he said. “It’s a war of attrition. So understand how guys prepare their minds, their bodies, and just get used to being in the flow of NFL football. It’s a different space, and you’ve just got to be willing to learn”.

We’re still learning about this rookie class, but at least on the surface it seems as though they are that type of group that is ready and willing to be sponges. That is what they will need to do, as last year’s rookie did, if they want to be immediate contributors, and the Steelers will need some of them, like Najee Harris and Kendrick Green and Pat Freiermuth, to be just that.