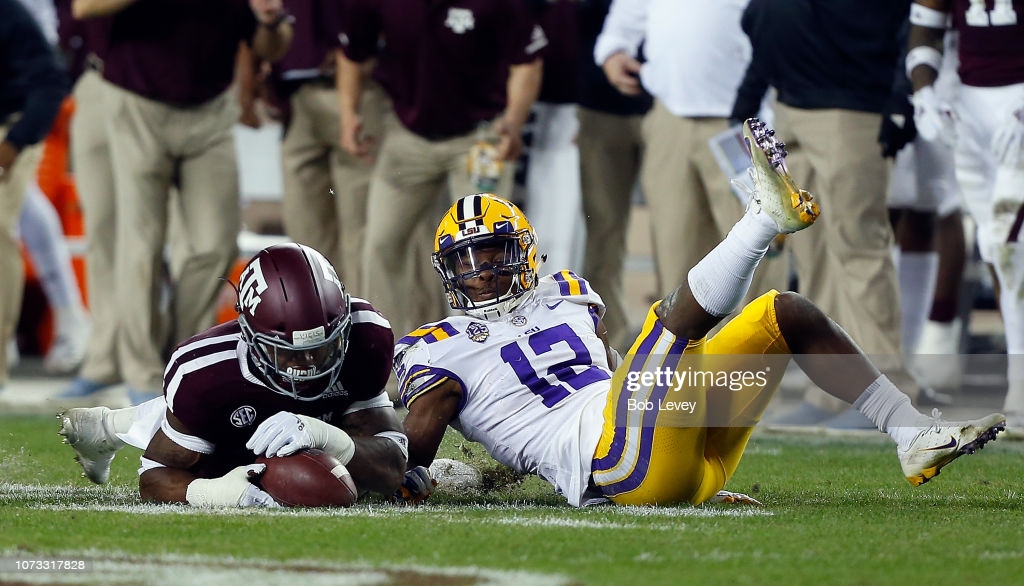 With their second pick in fourth round (140th), the Steelers take their second consecutive Texas A&M Aggie with the selection of inside linebacker Buddy Johnson.

While at A&M he played in 41 games with over 20 starts, filling the stat sheet with over 200 tackles and 23.5 tackles for a loss. He led the team in tackles each of the last two seasons. He had good numbers at his Pro Day, showing explosiveness, and plays with a toughness and physicality the Steelers were lacking late in the season last year. He has the build of a BUCK linebacker who can learn the ropes from Vince Williams and provide depth in 2021.

Pro Football Focus had him listed at 222 on their big board.

Jordan Reid at The Draft Network shared his thoughts, projecting him as a developmental SAM or MIKE linebacker. “Buddy Johnson is a four-year player that has started in 23 games (played in 47 career games) over the past two seasons. An instinctive and physical player as a MIKE linebacker, he was at the center of the Aggies’ attack. A bit of a throwback player at the position, he’s a strong run defender. Attacking the first level with plenty of energy and bad intentions, he’s been able to accumulate lots of action in that variety. Pass coverage is where his biggest improvements will need to come, as he has lots of stiffness in his hips that negatively affects him in both man and zone coverage. If able to do that, Johnson could be the combination of a standout special teams player who could serve as down-the-line depth at the middle linebacker spot.” He was ranked #301 in their rankings.

Lance Zierlein of NFL.com  gave him a grade of 6.13 (Good backup who could become starter) and summarized him by saying, “Blue-collar inside linebacker with good size and a forceful demeanor to stake his claim inside the box. Johnson developed into a highly respected team leader during his time with the Aggies. In just his second year at inside linebacker, Johnson showed great improvement in pursuit leverage and recognition of blocking schemes, but is still learning to recognize the best pathways to the football. He meets power with power when taking on blockers and does a nice job of playing off and finding his way toward the runner. There is still room for improvement as a move tackler in the open field and he’s currently a coverage liability in the passing game. Johnson has the makeup of a two-down inside linebacker with special teams value.”

Tyler Wise did our report, giving him a late Day 3/undrafted grade, and had this to say. “He has the tools, but he’ll have to clean up some of his technique and mental processing before he can be a legitimate contributor for an NFL defense. He is a prime prospect for an NFL special teamer, and that’s where he’ll have to shine if he wants to play in the NFL before cleaning up the rest of his game. He could be a good project for a linebackers coach, but in terms of the Steelers, I would look elsewhere for a Day 3 linebacker.”

Overall, this selection gets a solid value grade. Based on the grades of the evaluators listed above, this pick would have a low value grade. However, the Steelers look for that size and physicality for their BUCK linebacker position, and he does fit that profile. I think the hope would have been for a more athletic linebacker that can play on three downs, but the Steelers like what they like. He will provide depth inside and will be a strong candidate to play on special teams.