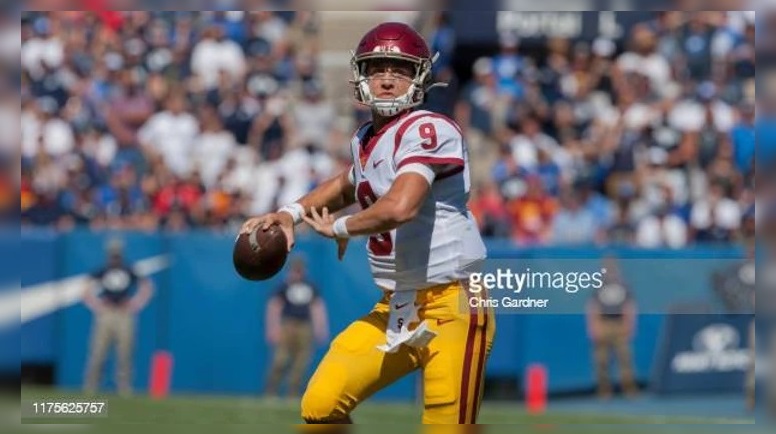 On the heels of the 2021 NFL Draft taking place over a week ago, early 2022 mock drafts are now surfacing. That’s not a bit surprising. So far, most of the major media mock drafts seem to have the Pittsburgh Steelers selecting a quarterback in the first round, with it looking like 2021 will be the final year for veteran quarterback Ben Roethlisberger. In fact, last week, Todd McShay of ESPN even had the Steelers selecting Cincinnati quarterback Desmond Ridder at 16th overall in his initial 2022 mock draft.

On Sunday, Mike Renner of Pro Football Focus released his first 2022 mock draft, and he has the Steelers selecting USC quarterback Kedon Slovis at 13th overall. Below is what Renner penned about the Steelers going that route in the first round and why he chose Slovis.

“Slovis had an up and down sophomore year after an outstanding true freshman campaign,” Renner wrote. “He doesn’t quite have the arm of some others in this class, but he’s been one of the most accurate quarterbacks in the class for two years running.”

As part of his 2022 mock draft, Renner has four quarterbacks in total being selected before the Steelers’ pick at 13th overall. He has the Houston Texans picking Oklahoma’s Spencer Rattler at No. 1, the Detroit Lions selecting North Carolina’s Sam Howell at No. 2, the Philadelphia Eagles picking Florida’s Emory Jones at No. 6, and the New York Giants selecting Liberty’s Malik Willis at 11th overall.