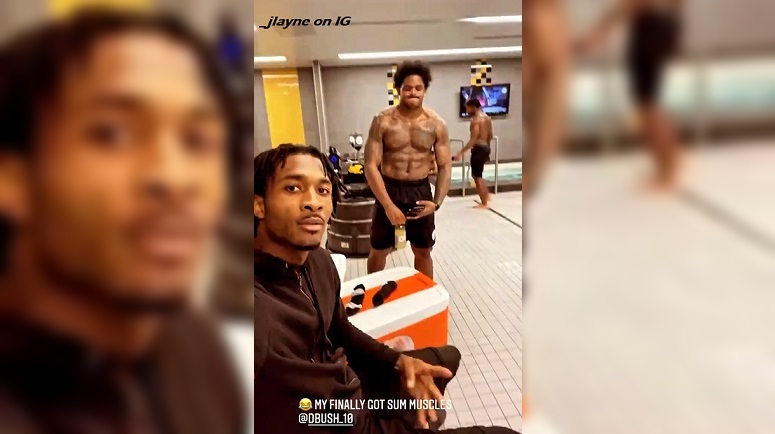 Reasoning: The third-year linebacker appears to be very much on track in his rehab as he works back from a torn ACL suffered in October last year, and should be ready to go in full for the start of the 2021 season.

While he is not out on the practice field working just yet, Devin Bush has been a presence in the Steelers’ UPMC Rooney Sports Complex, getting his rehab work in. He recently appears on Instagram and showed out some serious conditioning work that his body has been put through.

Needless to say, that is a good sign, but the goal has always been to be ready to go for training camp. It’s rather unlikely that Bush takes the field or is even cleared before mandatory minicamp commences several weeks from now, and there is no real incentive for the team to rush him back onto the field for a three-day course and risk a possible setback.

Bush is one of the key players on the Steelers’ defense, a role he was destined to fill when they moved up 10 spots in the first round in 2019 in order to select him 10th overall. He was an immediate starter and became the first rookie in team history to record at least 100 tackles. He also recorded six takeaways, including two interceptions.

Limited to just four and a half games before suffering his injury, Bush recorded 26 tackles in 2020, with one sack, two hits, and three passes defensed, at least one of which from memory saved the defense a touchdown in the end zone against the Houston Texans.

The only real concern is whether or not he will return to his prior full speed, as that was his truly elite trait that made him a very rare and sought-after commodity. His sideline-to-sideline speed combined with his diagnostic ability allows the defense to do things that they simply can’t without him, and helps to erase mistakes. But medical science has advanced far enough that torn ACLs are rarely a major concern for elite athletes with regards to regaining their prior abilities.