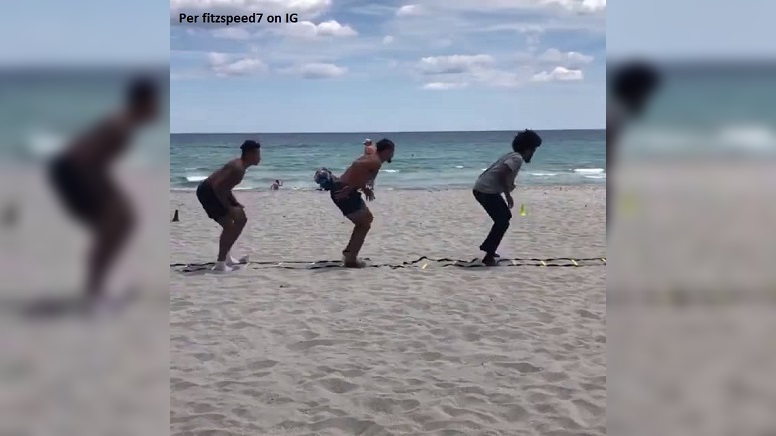 Pittsburgh Steelers safety Minkah Fitzpatrick is busy training for the 2021 season in Delray Beach, Florida, with it now being April. That offseason work includes him playing in the sand, according to video posted on Instagram in the last several days.

Fitzpatrick is now in his fourth NFL season. The Steelers are expected to pick up the fifth-year option on his rookie contract by May 3. In 2020, the former first-round draft pick of the Miami Dolphins out of Alabama registered 79 total tackles and four interceptions. He was targeted 26 times and allowed 13 receptions, according to Pro Football Reference. He played 1020 total defensive snaps in 2020 as well.

Fitzpatrick has already made the Pro Bowl twice in his NFL career since being selected 11th overall by the Dolphins in the 2018 NFL Draft. His fifth-year option amount for the 2022 season is now set to be $10,612,000. The Steelers will obviously pick up that option by the May 3 deadline. The fifth-year salary, if the option is exercised, then becomes fully guaranteed.

The Steelers traded for Fitzpatrick just a few weeks into the 2019 season. That deal cost them their first-round selection in 2020 NFL Draft.

Minkah Fitzpatrick getting that work on the beach sand per IG! #Steelers pic.twitter.com/QrQMEpakXF

More of Minkah on the sand per IG #Steelers pic.twitter.com/JQb7og9E6z

Minkah in the sand per IG #Steelers pic.twitter.com/dpm2yXdGKw