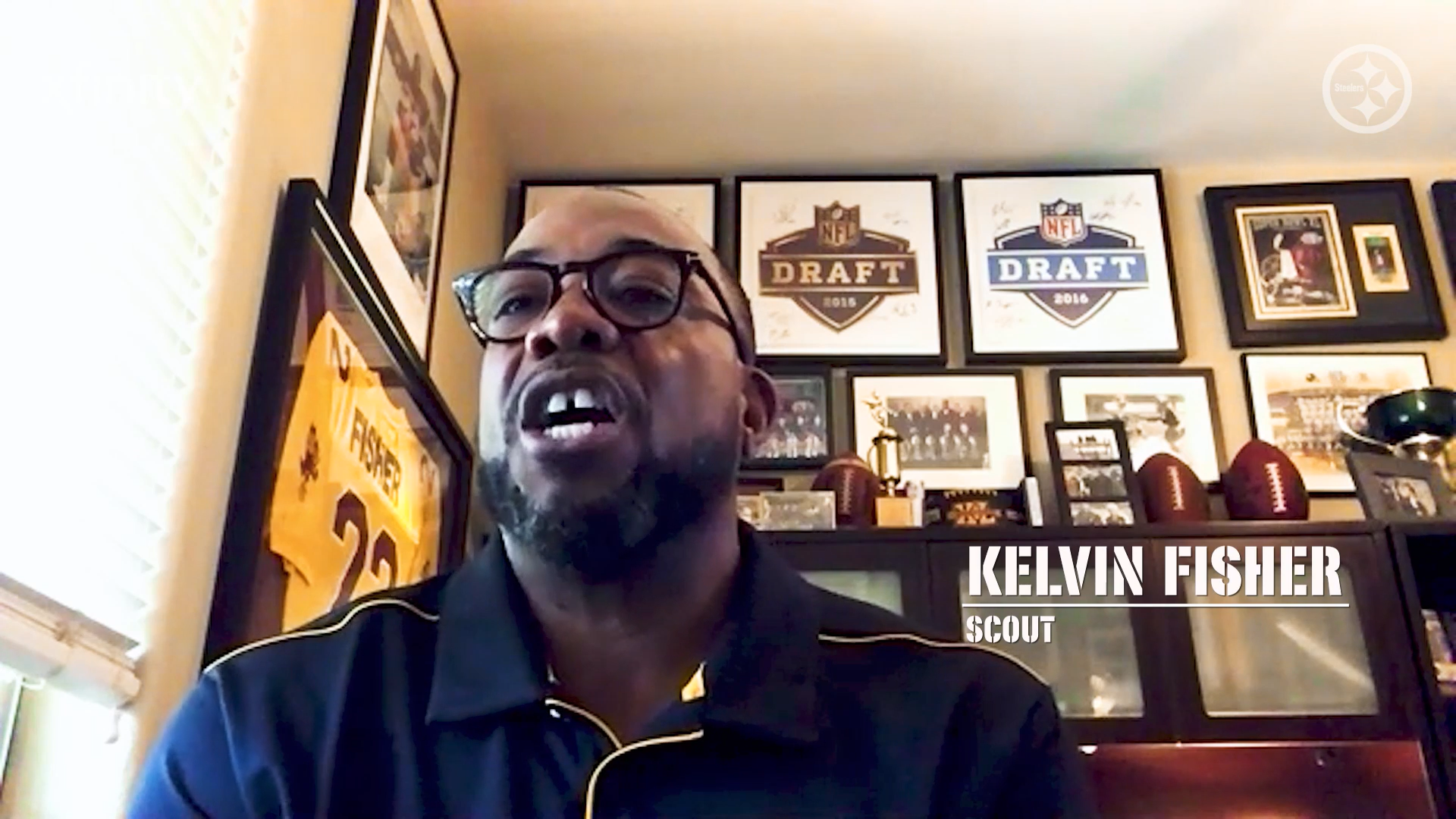 The past two years of evaluation of college talent have provided teams with unforeseen obstacles, much of it simply pertaining to availability. Last season, the COVID-19 pandemic hit our shores in dramatic fashion between the Combine and Pro Days, almost all of the latter of which were cancelled.

This year, while the Combine was put on hold as far as on-field work is concerned, the Pro Days commenced. It’s been an interesting trade-off, as noted by Pittsburgh Steelers area scout Kelvin Fisher, who discussed it recently as part of the video series The Standard, a draft preview, for the team’s website.

“Losing the Combine, you lose a lot, because interviews, actual workouts, interacting with the players,” he said, but “with the Pro Days, you can gain all of that back. Everyone had a mask on, everyone’s obeying the rules.”

There have been, of course, some things that they couldn’t do that they are typically big on. “The players are off-limits as far as dinner,” he said, something Mike Tomlin and Kevin Colbert have liked to do a lot to gain a feel for players. But you can still glean a lot on the field.

“At the Pro Day, I usually watch the interaction of the players with their teammates. Who’s pushing who, who’s the top dog, who’s the leader,” Fisher said. “You get to chat with them a little bit during the workout, maybe walking from the vertical and broad jump to the indoor facility, so as you’re walking, you can chat with them to get a little bit of information.”

It’s made for a unique draft process in how it has forced scouts to rearrange their priorities in terms of which pieces of data they emphasize in their evaluation process. Teams lost much in terms of face-to-face in-person access (hosting prospects wasn’t allowed this year, either). But the digital realm helped bridge the gap to a degree.

“There are so many different things that I look for,” he said about the interview process. “When you ask a question, if it’s something really good, how their eyes light up. If you ask a question that’s difficult, do they look down, do they put their head down, do they look you straight in the eye? I’ve sat in on Zoom calls so far with the players. You can still get a feel for who they are and what they are.”

Fisher commended the work of the team’s IT department for getting the system up and running, and said that they pulled off the entire process last year without a hitch. This year has been much of the same, and no doubt they and other teams have found it to be advantageous in comparison to past methods. I strongly suspect that the Zoom interviews with prospects are here to stay for good.