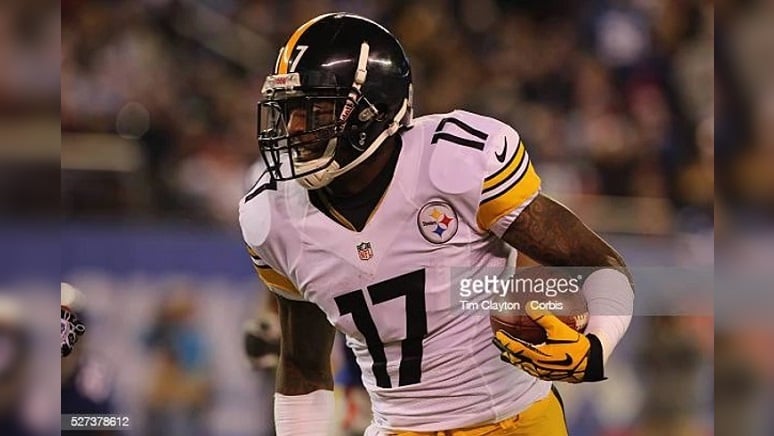 Mike Wallace played 10 seasons in the NFL. While Wallace spent most of his career with teams other than the one that drafted him, the Pittsburgh Steelers, none of the other four that he played for can hold a candle to Pittsburgh.

Wallace recently did an interview with Teresa Varley of steelers.com, and the retired wide receiver talked about his experience of getting drafted by the Steelers in 2009, and his career in Pittsburgh that followed. Wallace ended up only playing four years with the Steelers, leaving as an unrestricted free agent in 2013 to sign a super-lucrative contract with the Miami Dolphins.

He did not play his full contract out with the Dolphins, however. Miami traded him to the Minnesota Vikings in 2015 after playing just two seasons there. After one season with the Vikings, Minnesota cut Wallace. He ultimately finished out his NFL career by playing two seasons with the Baltimore Ravens, and one final one with the Philadelphia Eagles in 2018.

Wallace’s time in Pittsburgh wound up being his best, and playing for the Steelers was certainly the highlight of his time in the NFL, according to what he told Varley.

“It meant everything to play for the Steelers,” Wallace said. “I got to play for the pinnacle of NFL teams. Coach Tomlin was the best coach I ever had at any level. The most real coach, genuine coach. That is something I wouldn’t trade for anything in the world. That organization, the Rooney family. Everything. Once you go and play for other teams, there is nothing like playing for the Steelers. I can promise you that.

“People won’t want to hear this, I loved playing in Baltimore. It was great. But nothing compares to playing for the Steelers. Not even close. The way they run the program, the way Coach and Kevin Colbert work together. The family environment, the love, the genuine feeling, you can’t get that everywhere. I played for the best organization in sports and that is something I will carry with me forever in life.”

What Wallace told Varley isn’t overly surprising, as several former Steelers players said remarkably similar things over the years. The Steelers often times have players leave for greener pastures, and that’s not surprising. That said, often times the players come back saying that only the money was greener outside of Pittsburgh, and not the experience of being with a different organization.

The Steelers recently re-signed a few players that looked like they might lose this offseason to other teams in free agency, in the form of wide receiver JuJu Smith-Schuster, defensive lineman Tyson Alualu, and inside linebacker Vince Williams. All three, however, ultimately turned down more money to re-sign with the Steelers. How the organization is run from top to bottom probably played a big role in those re-signings happening.