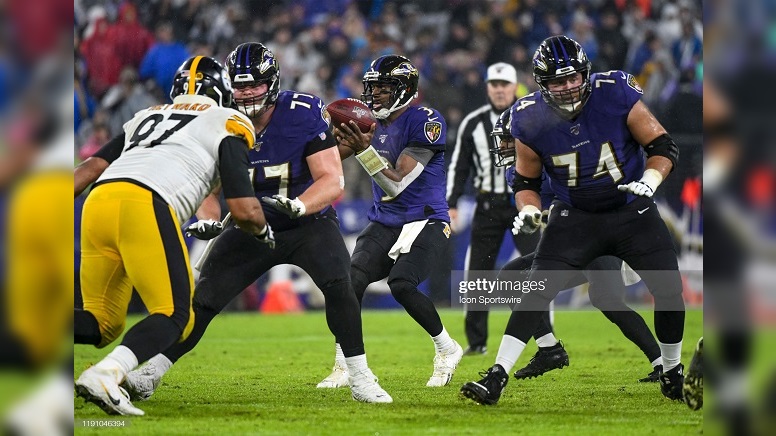 Baltimore Ravens guard Bradley Bozeman has been the team’s starter on the left side for the last two seasons. That means the Alabama product should have a good feel now for who some of the toughest defensive lineman in the league are at this point. During a recent interview on the “Upon Further Review” podcast, the show asked Bozeman to name the toughest player in the NFL he’s faced so far. The left guard’s answer to that question wasn’t very surprising.

“Cam Heyward’s is a tough one,” Bozeman said of the Steelers’ defensive captain. “He’s just kind of the all-around package. He’s a good run defender. A good pass block. Real long, real big. He’s a tough guy to block. So, yeah, definitely always, whenever we go against each other, it’s always a good battle.”

Heyward had a good 2020 season on the heels of him signing another contract extension. This one is worth $65.6 million in new money, with $20.25 million of that guaranteed at signing. In total, Heyward registered 54 total tackles in 2020. That included him having four sacks, seven tackles for loss and 19 quarterback hits.

Against the Ravens the last two seasons, Heyward has tallied three sacks, 15 total tackles and five quarterback hits in the four games played between the two teams. Most of those snaps in those four games came with Heyward lined up across from Bozeman.

According to Pro Football Focus, Bozeman’s worst game last season came against the Steelers, the Week 12 game in Pittsburgh. In 2019, Bozeman’s play against the Steelers in the Week 5 game in Pittsburgh graded as his second-worst of the season. In summation, it’s no wonder why Bozeman, tabbed Heyward as the toughest player he’s faced so far in the NFL.

We’ll now see how Bozeman fares against Heyward in 2021, as the two should lock horns many more times in the two scheduled games between the AFC North rivals.