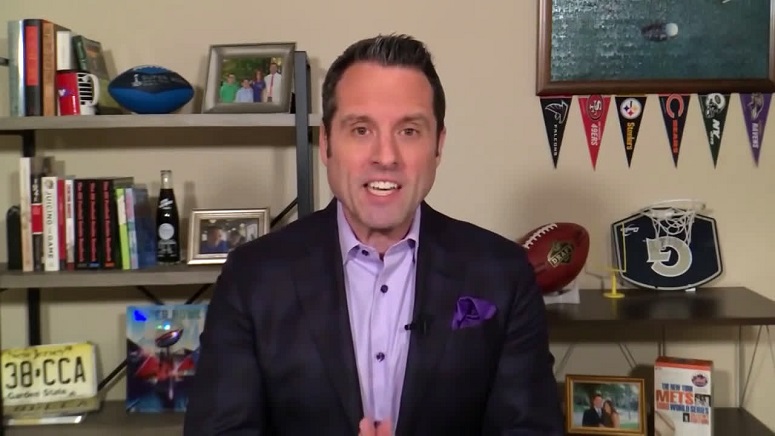 Will the Pittsburgh Steelers select a quarterback at any point during the 2021 NFL Draft? We’ll find out for sure less than four weeks from now. But in the meantime, major media speculation seems to be rejuvenating the idea that the Steelers should — and ultimately will — draft a quarterback this year.

While ESPN’s Dan Graziano doesn’t think the Steelers will select a quarterback in the first round of the 2021 NFL Draft, he does think they should and will after their 24th overall selection is made.

“Well, I think they do feel like they have to get a quarterback in this draft as Adam [Schefter] said,” Graziano said on ESPN’s “Get Up” program. “Do you take one at 24 and reach for a guy that might be more of a second or third-round pick? That also feels unlikely because as we’ve discussed with Pittsburgh, all their salary cap issues, all their roster construction issues, they’re going to need some production out of their early round rookies this year if they’re going to contend. So, I think it’s probably more likely they take someone who can help them this year, whether it’s an offensive lineman at that spot, and then look for a quarterback, maybe in the second or third round, if one of these second-tier guys is there for them.”

Graziano then made a bolder statement as it relates to saying the Steelers and them possibly drafting a quarterback this year.

“So, they go into this draft knowing they have to address quarterback, but I don’t think they’re in a position where they can mortgage everything to trade up for one of the big guys or necessarily spend that 24th overall pick on a guy for whom it might be a reach,” Graziano said.

Personally, I don’t buy the fact that the Steelers must address the quarterback position in this year’s draft. If they were to, however, I obviously believe it would be after the first round and more than likely, even after their second and third-round selections as well.

If the Steelers do wind up addressing the quarterback position in this year’s draft, I would expect the player to be Texas A&M product Kellen Mond, as he’s the one the team seems to have shown the most interest in during the pre-draft process that isn’t deemed an early-round prospect. Personally, I see Mond, who was the Senior Bowl MVP earlier this year, as being the one and only quarterback the Steelers would consider drafting outside of the first round this year.

The Steelers ultimately drafting any quarterback this year would likely mean that time is short on the expanded offseason roster for quarterback Dwayne Haskins, the former first-round draft pick of the Washington Football Team who was signed to a one-year contract for the minimum several weeks ago. After all, the Steelers aren’t going to draft a quarterback and then turn around and cut said player prior to Week 1 of the 2021 regular season with hopes of getting said player to the practice squad.

Currently, the Steelers don’t technically have any quarterbacks under contract for the 2022 season as of the time of this post. Sure, veteran quarterback Ben Roethlisberger had four years added to his contract earlier in the offseason, but those all void five days after this upcoming season’s Super Bowl is played. Roethlisberger’s backup, Mason Rudolph, is set to become an unrestricted free agent after the 2021 season. As for Haskins, assuming he sticks on the roster throughout the 2021 season, he’s scheduled to be a restricted free agent in 2022 and thus can easily be retained via an original round tender.

Once again, I’m not sure why we are seeing a resurgence in major media types talking about the Steelers possibly drafting a quarterback this year, and especially on the heels of Roethlisberger being back for the 2021 season and the team signing Haskins for peanuts as well. It won’t be long until we find out if speculation about the Steelers needing to draft a quarterback this year was right. As for Graziano, especially, when was the last time he was right about anything concerning the Steelers, quarterbacks or otherwise?