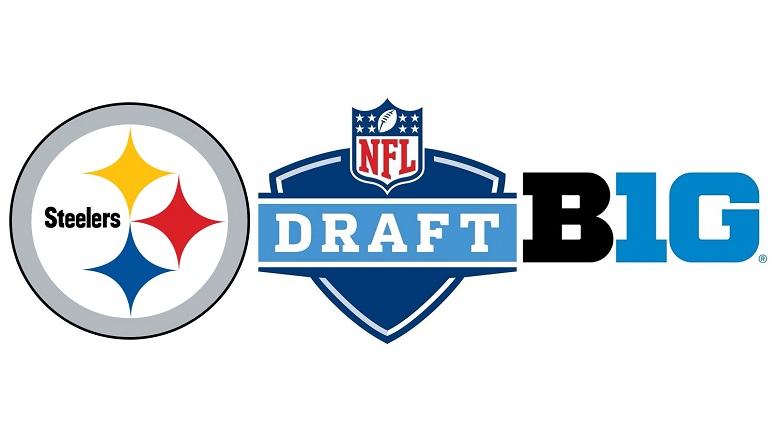 If you’re currently putting your finishing touches on your final Pittsburgh Steelers 2021 mock draft ahead of the real thing starting on Thursday night in Cleveland, you might want to make sure that you have at least one player from the Big Ten Conference included in it. Why? Because the Steelers have the longest running streak in the NFL when it comes to selecting at least one Big Ten Conference player in a draft.

The Steelers will enter the 2021 NFL Draft having drafted at least one Big Ten Conference player every draft since 2004, the year that they selected quarterback Ben Roethlisberger in the first round. The year prior to that, the Steelers only had five selections in the 2003 NFL Draft, and that’s the only year they have failed to draft at least one Big Ten Conference player since general manager Kevin Colbert arrived in Pittsburgh in 2000.

No other NFL team has a streak of drafting players from the Big Ten Conference like the Steelers’ string of 17 consecutive years. That’s a bit surprising, as well.

Not only do the Steelers like drafting Big Ten Conference players, 36 in total have been selected by the organization dating back to Colbert’s first season in 2000. That’s 21.6% of all 167 picks the Steelers have made the last 21 years. Seven of the team’s last 15 draft selections in 2019 and 2020 also hailed from Big Ten colleges.

Not surprisingly, Ohio State has produced eight Steelers draft picks dating back to 2000. That noted, 2015 was the last time the Steelers drafted a player out of Ohio State. That selection was cornerback Doran Grant. Only one of those seven players played on offense as well. That pick was tackle Mike Adams in 2012.

Here is something else to consider when it comes to your mock drafts. Twenty of the Steelers’ 36 Big Ten Conference draft picks came in the first four rounds.

So, in closing, not only would it be wise for you to have at least one Big Ten Conference product in your final Steelers 2021 mock draft, you might want to strongly consider putting at least one in the first four rounds, as well.

Assuming the Steelers stick with eight total selections this year, I have a good feeling that we could see at least two Big Ten Conference players included in the annual draft haul. Maybe even three or four, due to fallout caused by the COVID-19 pandemic. 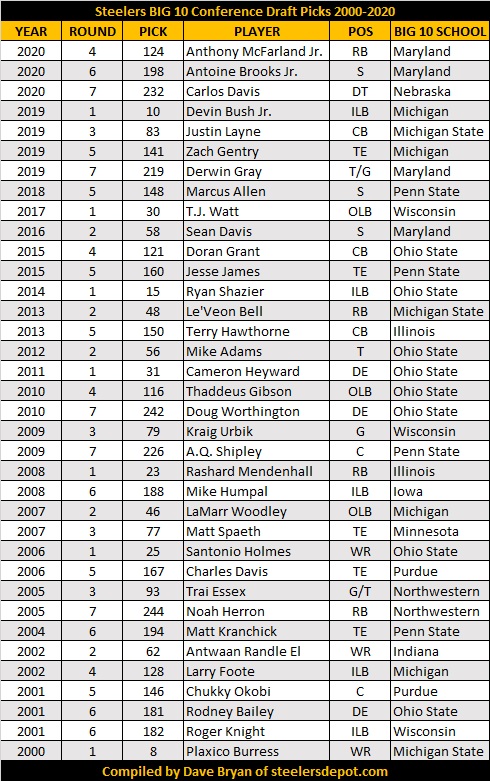