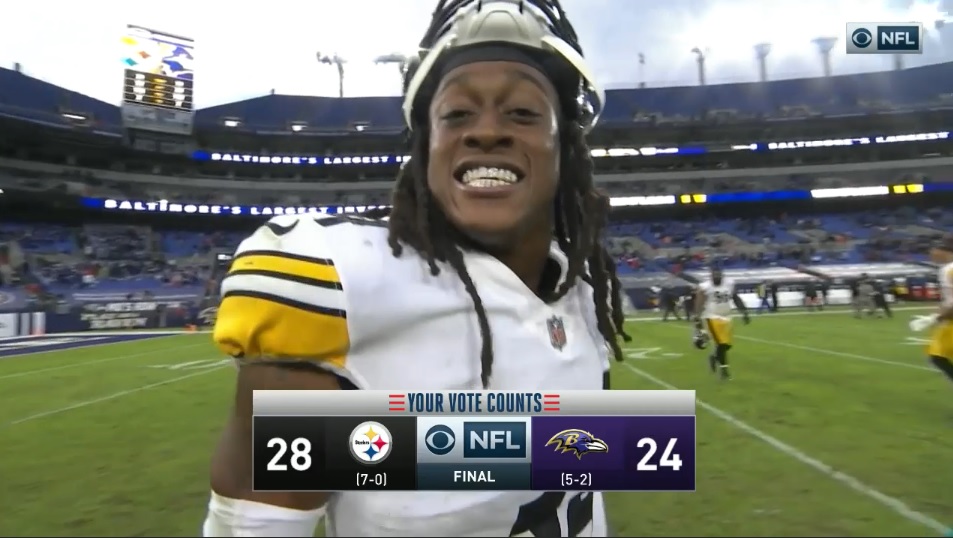 It was reported on Wednesday that the Pittsburgh Steelers have exercised the fifth-year option for 2022 on safety Minkah Fitzpatrick. While the team has yet to confirm that unsurprising news, the former first-round draft pick out of Alabama already has on social media. We still don’t know for sure, however, if fellow Steelers safety Terrell Edmunds will have his fifth-year option for 2022 exercised. During his weekly interview on 93.7 The Fan, the show asked longtime NFL insider John Clayton Wednesday if he thinks Pittsburgh will exercise Edmunds’ fifth-year option, as well.

“Yeah, I would imagine they would,” Clayton said. “I don’t see why they wouldn’t. I mean you don’t want to lose another player. It’s just a matter of like, there’s a timing element to everything and the deadline is next week.”

The deadline for the Steelers to excise Edmunds’ fifth-year option is May 3, which is just a few days after the 2021 NFL Draft. Even so, quite a few other NFL teams seem to have already made their decisions when it comes to players with fifth-year options in their contracts.

Last year we got official word on the fifth-year option of Steelers outside linebacker T.J. Watt from the team on the Monday after the draft, so it might be too soon to assume what the decision on Edmunds is.

Might the Steelers be purposefully waiting to see what happens during the draft to decide on Edmunds? Personally, I kind of doubt it. I would think by now the team knows whether or not they want to exercise his 2022 option year. Maybe Pittsburgh already made its decision and the news has yet to break. Like I noted above, the Steelers still haven’t officially confirmed the Fitzpatrick news.

To date, Edmunds, the Steelers’ first-round selection in the 2018 NFL Draft, has registered 251 total regular season tackles to go along with three interceptions, 15 defensed passes, two sacks and a fumble recovery in 47 games played in. He’s yet to make a Pro Bowl or receive any All-Pro consideration in his first three seasons in the NFL.

Rest assured, we’ll know what the Steelers is when it comes to Edmunds by Monday at 4:00 p.m. EST.