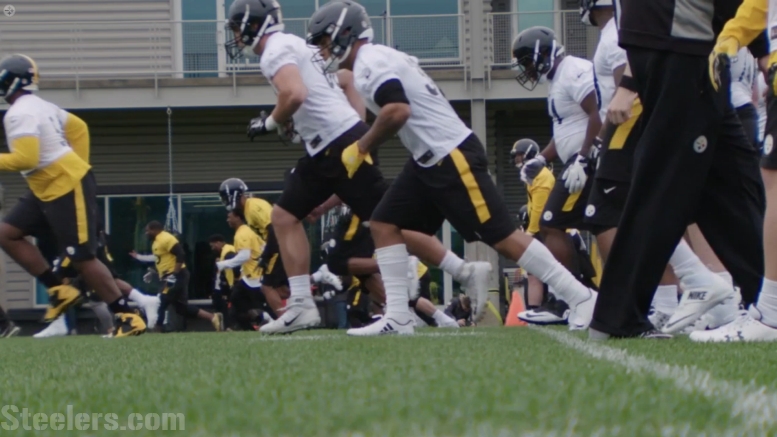 As someone forever rooting for the underdog, it was a bit disappointing to hear the NFL will only allow a max of five tryout players at rookie minicamps following next week’s draft. But to an extent, that number doesn’t much matter. Because there simply won’t be that many, relatively speaking, players to bring in for tryouts. That’s because the 2021 draft class is one of the smallest in modern history. It’s another reason why this class is as unique as ever.

Kalyn Kahler of The DeFector did a great job compiling the list of draft-eligible players who signed with agents. While there probably are dozens more who simply didn’t hire an agent, the comparable list of 2019 to 2020 to 2021 is stark. According to Kahler, only 657 prospects have signed with an agent, down from over 1800 a year ago.

This NFL draft class is small. How small??

Here article included this quip from one scout.

“’There are going to be some absolute slaps drafted this year,’ one scout told me. ‘‘Slaps’ as in rejects.'”

The reason for the Honey, I Shrunk The Draft Class pool is obvious. COVID. Because so many schools either didn’t play football or had haphazard schedules or players opted out and/or contracted COVID, the NCAA allowed all seniors who normally would’ve had to enter the draft to return for one more year. And many took the league up on that offer. That whittled down the effective draft class to about one-third what it normally looks like.

It’s simple math. 657 players from this year’s class. After all 259 draft picks, that leaves 398. Let’s assume that on average, each team signs 10 undrafted free agents. There’s another 320 players. Giving us only 78 potential tryout players, a max of 2.4 per team. For full context, a tryout player can join two teams so long as schedules don’t conflict. Teams can hold their rookie minicamp either the first or second week after the draft so some prospects can go to one camp and if he fails to make it there, try to latch onto another.

But that’s besides the point. What matters is how shallow this class is overall. That won’t impact the draft itself too much, team’s boards get whittled down to 100-150 players, but it could make for some underwhelming undrafted free agent and draft classes. On the plus side, just about every player who hired an agent will at least get a jersey for his troubles.

The lack of available tryout rookies could also push teams to bring in first-year and even more established players. That’s been uncommon in Pittsburgh but teams around the league have given vets a tryout chance. In 2019, the Kansas City Chiefs invited DL Anthony Johnson, who came into the league in 2014 and had already played 22 career NFL games, a tryout opportunity. He didn’t make the team.

That could be an avenue Pittsburgh explores. The lack of tryout players and the NFL’s hard cap makes rookie minicamp an obstacle logistically. They usually have 50-60 players on the field for the three-day weekend. Tryout guys are, in part, used as depth so practice can function relatively normally. Now, if there are only, say, 30 players eligible, it’s going to feel like a skeleton crew. As we’ve pointed out, none of the QBs currently on the roster are eligible to partake. So the team will have to bring in either a UDFA or tryout player or have an assistant coach be all-time QB. Hey, strength & conditoning assistant Marcel Pastoor has a pretty live arm.

The much more shallow draft pool may be one reason why the Steelers were so aggressive signing players on the Pro Day circuit. In total, they added six: WR Tyler Simmons, WR Mathew Sexton, LB Jarvis Miller, LB Jamir Jones, and DE TJ Carter. There’s more talent there than there probably will be when it comes to UDFA – where the Steelers are notoriously stingy with their money – and certainly with tryout players.