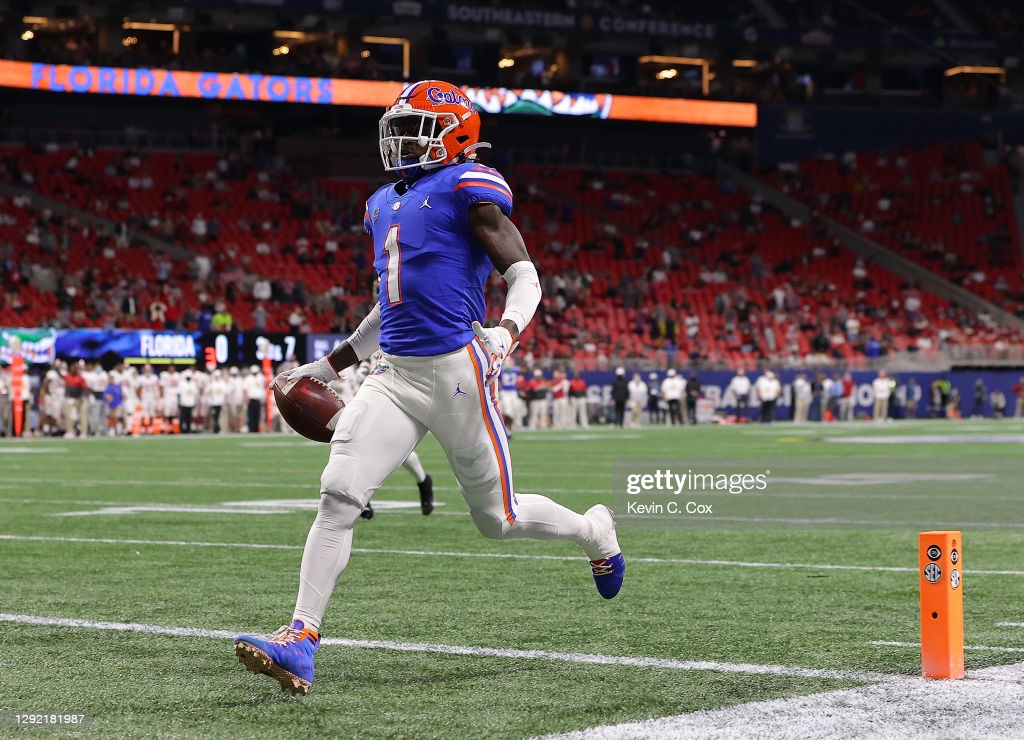 Mock drafts sure are a cottage industry, and Pro Football Focus is pumping out a lot of cheese (yes, I know that’s not the sort of college the term refers to). It seems like every other day we’re covering a new mock draft from a new group of writers from the outlet. Today is another one of those days.

Though I’m not the biggest fan of the abundance of mock drafts, they do serve their purpose of acting as an exercise tool. And frankly, after going through last offseason without a first-round pick and thus having dramatically fewer mock drafts to talk about, I suppose I’m in no position to complain, and am grateful they’re back for us to discuss.

And today we get to add a new name and position to the rolodex, or at least new to me. Rather than the usual running back or offensive lineman, the site’s latest mock draft has the Steelers going with yet another wide receiver, Kadarius Toney out of Florida. We have already put up a draft profile for Toney over a month ago thanks to Wesley Cantliffe in case you’re interested in getting to know the latest first-round mock candidate.

Toney can score from anywhere on the field, and with Big Ben throwing the ball quicker than any quarterback since PFF started in 2006 (2.17-second average time to throw), a player of Toney’s caliber would bode well for the Steelers’ offense.

Toney exhibited that ability at Florida, where he lived in the short and intermediate middle of the field (see heat map from PFF Draft Guide). He is raw as a route runner but hauled seven of his nine deep targets in 2020, so it’s not as if he will be limited if given the proper instruction.

We learned this year from watching the Buccaneers steam past the Chiefs that an NFL team quite literally cannot have enough receiving weaponry. Pairing Toney with Diontae Johnson‘s route-running brilliance and Chase Claypool‘s physicality could help make the most of whatever Big Ben has left in the tank or pave the way for the next Steelers quarterback to come out firing.

I think the end note there is important, because this obviously is not just about Ben Roethlisberger, whom we continue to presume unless we hear otherwise is due to return for one final season. A player like Toney is going to help out whoever is at quarterback, and they would control him for four seasons beyond 2021.

With JuJu Smith-Schuster likely parting in free agency and James Washington not presenting himself as a strong re-signing candidate, it never hurts to keep the wide receiver production wheel churning. It’s one of those positions where there’s no such thing as too much talent—something you can find out in a hurry.

Granted, this would not be the obvious ‘need’ pick. Running backs Najee Harris and Travis Etienne weren’t even selected in this first-round mock. Tackles Teven Jenkins, among others, were also available. I don’t think a lot of people would be thrilled if the draft unfolded this way for the Steelers.