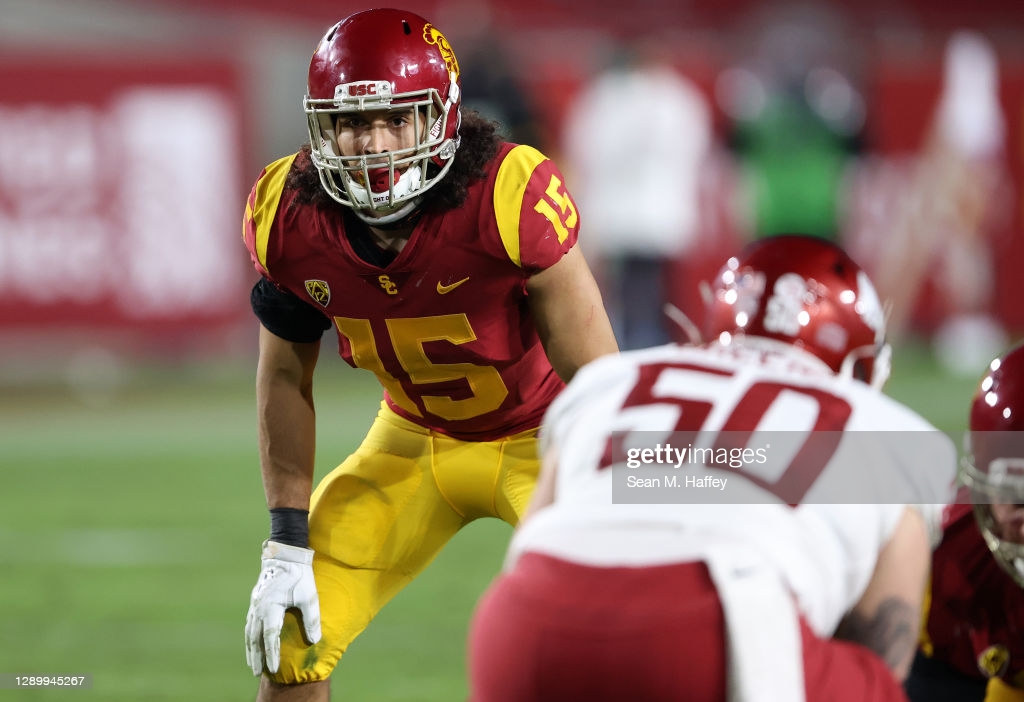 While the Pittsburgh Steelers do have two starting safeties in Minkah Fitzpatrick and Terrell Edmunds, depth is always valued, and it certainly wouldn’t be a shock if the team were to come away at some point during the 2021 NFL Draft with a safety in tow.

And USC safety Talanoa Hufanga would be an interesting name, for not the least of which reason being that he has been training with former Steelers legend Troy Polamalu, who has been putting him through some unconventional training regimen ingredients, something he discussed before his Pro Day with Adam Grosbard for the Orange County Register.

“Learning from him is very different. It’s a training that’s not common”, Hufanga said. They focus more on isokinetic movements, rather than lifting weight. Polamalu assigns him books to read. It’s as much about thinking as it is about anything else.

“I think a lot of it is just training with him, being able to comprehend what we’re doing and why we’re doing it”, he told Grosbard. “I think that’s the most important thing, is being authentic, showing your true character, being very detail-oriented in what we do. Whether it’s the diet, whether it’s the training, whether it’s the hydration, the sleep, when you do all those things it kinda comes together”.

Polamalu, while not reclusive, is certainly a private individual who values his life on his own terms. Back during his Steelers career, he would sometimes be the only player not at OTAs, instead off training on his own, but his teammates and coaches understood that he knew what was best for himself, and that he was working.

So it was no small feat for Hufanga to get Polamalu on board with training him, and that included showing that he would be committed to the training. “When I asked if it was possible if I could train with him, it was something that he took thought into and ultimately said yes”, he told Grosbard, adding that he has been on a social media hiatus for years, and that Polamalu knows he meant it when he said he was all-in on the training.

If the Steelers are interested in acquiring the hard-hitting safety, it’s a bit hard to predict where they might have to jump on him, as his stock has been somewhat erratic. His 4.6 40-yard dash time at his Pro Day probably didn’t help him, though it was already known by the tape that he lacks elite speed.

He did put up 62 tackles last season during USC’s 6-game schedule, not to mention four interceptions, three sacks, and two forced fumbles. Sometimes production makes up for numbers. But lack (or lack thereof) gets exposed at the NFL level.