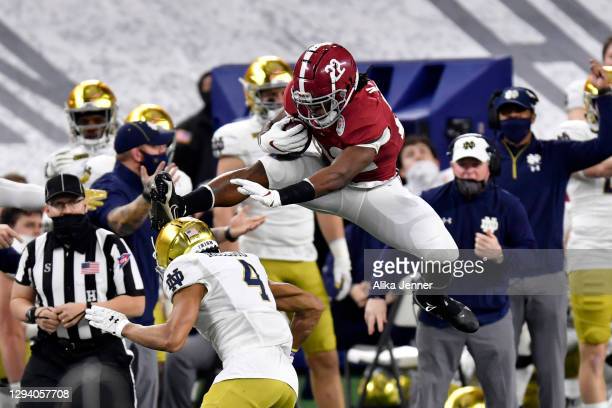 Another month is in the books, and that’s another month closer to the next draft. We still have plenty to get to as far is football is concerned before we get there, such as figuring out what the salary cap is an, oh, I don’t know, the entire free agency process, but the draft tends to be what most people focus on—especially fans of teams like the Pittsburgh Steelers who build through the draft.

For the first time in a long time, pretty much everybody is convinced that the Steelers will be using their first-round pick on an offensive player, and will probably go offense-heavy for most of their class this year, which is in contrast to what had been their pattern of late. But now that the defense has clearly surpassed the offense, it’s time.

So far, I’ve only seen one mock draft of note that included the Steelers taking a defensive player in the first round, and that was in a mock that specifically stated the person was making selections not based on team need.

Yesterday, the Steelers’ website actually essentially put up three mock drafts. They began a series this year called Triple Take in which three analysts—Matt Williamson, Mike Prisuta, and Dale Lolley—break down their assessments of the draft, and now they have gotten to the point where they’re mocking the first round.

Of the three, two of them—Williamson and Lolley—picked Alabama running back Najee Harris to go to Pittsburgh in the first round. Presumably the only reason that Prisuta didn’t pick him is because he projected the back to go to the Cardinals at 16. He also picked Travis Etienne to go two picks later. Their selections:

Williamson’s Pick: Najee Harris, RB, Alabama
Analysis: The Steelers couldn’t count on their running game last year. Why not add the best back in the draft and a guy that fits Pittsburgh extremely well?

Lolley’s Pick: Najee Harris, RB, Alabama
Analysis: The best running back in the draft. The early run on offensive tackles, takes that position off the board.

Neither of these names should be unfamiliar to regular readers, as both have been named mocked to the Steelers already. They’re also two of the most likely realistic possibilities, both in terms of need and availability.

This team knows that this is an offense in transition. Perhaps by addressing the running game and the offensive line, they can extend the life of Ben Roethlisberger as their quarterback by another year or two by going all in there. But finding a franchise quarterback at 24 is always an unlikely prospect anyway.