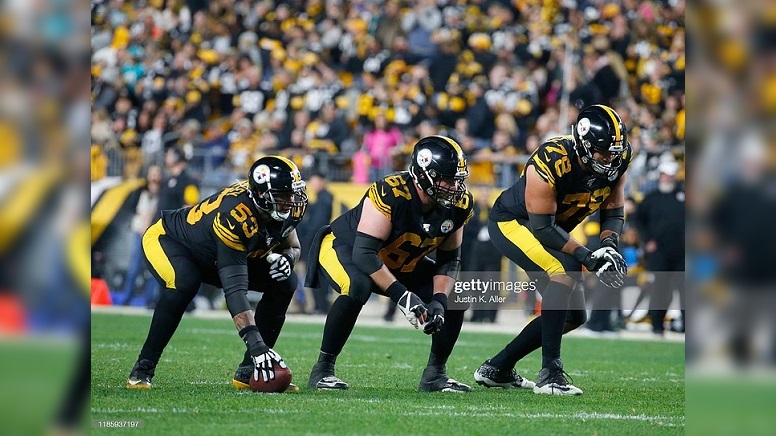 The Pittsburgh Steelers offensive line certainly didn’t get the job done in 2020 and especially when it came to the running game. That made two years in a row that the Steelers running game was pretty much nonexistent and it ultimately cost offensive line coach Shaun Sarrett his job as the team chose not to renew his contract this offseason. One former NFL executive, Michael Lombardi, was a guest on 93.7 The Fan a few days ago and he didn’t mince words when it came to him giving his thoughts on the Steelers offensive line play last season.

“Part of their problem with their offensive line was because they got so pass happy, they became soft,” Lombardi said. “They really became soft. [David] DeCastro didn’t play well last year. Nobody in that offensive line played well. I think everybody would be the first to admit they didn’t play well. They didn’t come off the ball. They never ran the ball. They ran no play action passes. Ben [Roethlisberger] threw 537 passes out of shotgun out of his 608 attempts or something like that. They never had a play action pass game, so they never got a chance to come off the ball. They couldn’t run the ball at all. They were one of the worst teams on short yardage and goal line.

“This is all things that Pittsburgh shouldn’t be, right? Pittsburgh’s tough, physical, control-the-line-of-scrimmage. They couldn’t do that because they got pass happy. Everything was short passes. Ben wanted the ball out of his hands quickly. They’re going to have to change what they do and how they change what they do offensively will help that offensive line.”

The Steelers were indeed pass happy last season as Lombardi said and when they did try to run the football, they couldn’t and not even in short yardage situations. As for Steelers quarterback Ben Roethlisberger not running play action enough last season, that’s been going on for several seasons now with him.

What Lombardi said on Monday certainly isn’t new. His suggestions on what the Steelers should do offensively moving forward also weren’t new or earthshattering.

“You’re not going to win games throwing three-yard passes and going for four yards,” Lombardi said. “And you’ve got to have some balance in the offense. And so, a lot of the problems offensively became the comfort level of what they were doing to appease Ben. That’s got to change. They’ve got to get back to some hard play action. They’ve got to get Ben under center a little bit. He doesn’t like to have to turn his back to the defense. They’ve got to change what they’re doing or else their offensive line is going to play tall like they did last year or they’re going to be soft like they were last year and they’re going to have to throw the ball to get every third and one converted. That’s not a recipe to win.”

As we have written and talked about quite a bit and for a while now, we might see the Roethlisberger asked to run more pistol in 2021 with Matt Canada now the new offensive coordinator. We also figure to see a shaken up offensive line in 2021 as well. Veteran center Maurkice Pouncey has retired so he won’t be back. Matt Feiler, the team’s starting left guard for a good portion of 2020, won’t be back in 2021 either as he’s signing with the Los Angeles Chargers. Veteran left tackle Alejandro Villanueva also figures to sign elsewhere soon. Tackle Zach Banner, who tore his ACL in Week 1 last season figures to be back, however. Also, Kevin Dotson should be the team’s new left guard in 2021. He was the bright spot for the Steelers offensive line in 2020 in his limited snaps played as a rookie and he’s anything but soft.

Consider this to now be, to be continued, for the Steelers offensive line as we sit here in March. The team figures to draft at least one offensive lineman this year and most likely that number will be two with one being a tackle and the other the center. The Steelers also have a new offensive line coach in Adrian Klemm, who was previously the assistant. You can bet that he’ll do everything he can to make sure his unit is referred to as anything but soft in 2021. The proof, however, will be in the pudding and specifically how the offense is able to run the football in 2021.