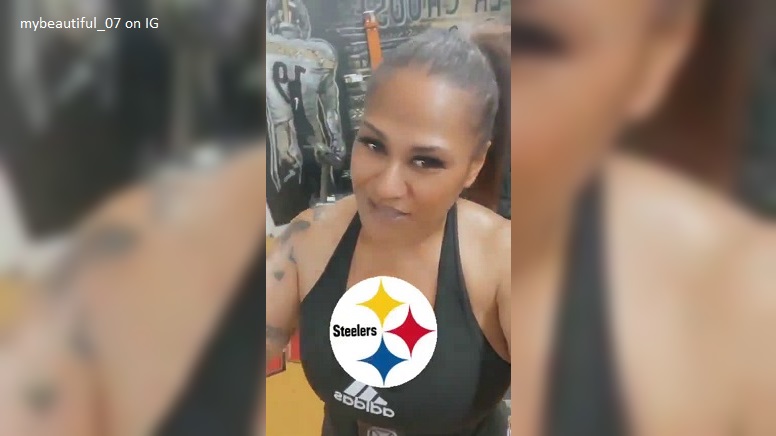 If you think Pittsburgh Steelers wide receiver JuJu Smith-Schuster is happy about re-signing on Friday with the team that drafted him, his mother is just as happy as well, if not more.

In her recent Instagram video, Smith-Schuster’s mother Sammy talked briefly about her son re-signing with the Steelers and how the plan is for him to stay longer than just the 2021 season.

“We’re here for another year and hopefully we can retire a Pittsburgh Steeler, because that’s the plan,” she said on Instagram.

Sammy sure has kept the faith this entire time and dating back to the start of the offseason. She seemed confident all along that JuJu would be back with the Steelers in 2021. She always sounds so sweet and uplifting.

Now, will her son be able to stay with the Steelers past the 2021 season? The Steelers should be in better shape salary cap-wise in 2022 so that will certainly help that cause. Smith-Schuster probably would have received a longer deal and for more money had the team been in better shape this year with their salary cap situation.

Might the franchise tag be in play for Smith-Schuster after the 2021 season ends? The wide receiver’s contract does void five days after the Super Bowl and even though that’s the case, I have been told by two NFL sources that the tag could still be used by the Steelers should they so desire. I’m still attempting to research that to validate for sure, however.

In the meantime, however, Smith-Schuster has an entire 2021 season ahead of him. Hopefully he can build on his 2020 season and especially from a yardage standpoint. He’s now scheduled to earn $8 million in 2021 after signing a deal that included a $1 million base salary with a $7 million signing bonus. Four voidable years were included in Smith-Schuster deal to keep his 2021 salary cap charge as low as possible.

JuJu's mom says the plan is for JuJu to retire with the Steelers #Steelers pic.twitter.com/DJ4Jud6bm4