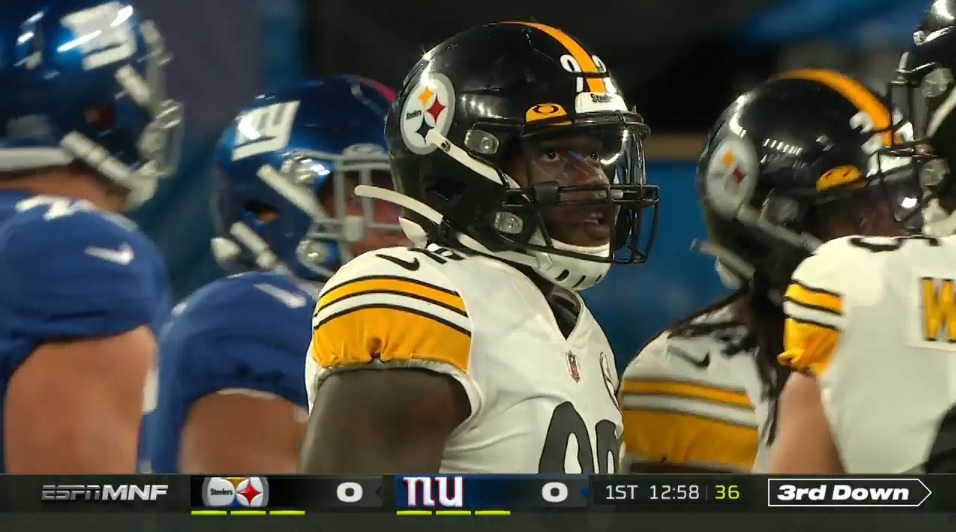 The Pittsburgh Steelers entered the offseason with two players, wide receiver Ray-Ray McCloud and outside linebacker Olasunkanmi Adeniyi, set to become restricted free agents and thus could’ve tendered both at low levels and thus ensured them being retained. Dur to salary cap space needs, however, the Steelers chose not to restricted tender either. One of the two, McCloud, has already signed a one-year, $1 million contract to stay in Pittsburgh. The other, Adeniyi, looks poised to test free agency.

Adeniyi, a former undrafted free agent out of Toledo, played a career high 144 defensive snaps in 2020 in the 15 regular season games that he dressed for. He also logged another 283 snaps during the season on special teams. Defensively during the regular season, Adeniyi registered just seven total tackles with one resulting in lost yardage. He had two pass rushing hurries in 2020 with one more coming in the team’s lone playoff game. As a core special teams member throughout the 2020 regular season, Adeniyi was credited with eight total tackles and a forced fumble. He missed one regular season game due to a shoulder injury.

Should Adeniyi indeed not re-sign with the Steelers, he’s probably going to be hard-pressed to find himself a team willing to pay him much more than the NFL minimum. If that’s the case, he could very well wind up back with the Steelers on a one-year deal for the minimum.

The Steelers 2021 outside linebacker depth chart is super light right now and especially when you consider that four players at that position from 2020, Bud Dupree, Jayrone Elliott, Cassius Marsh and Adeniyi, are all free agents this offseason. Dupree almost certainly will not be back with the Steelers. As for Elliott and Marsh, unless they both re-sign for the minimum to fight for roster spots this summer, they won’t be back as well.

In summation, don’t be surprised if Adeniyi winds up back with the Steelers for the minimum in the coming weeks.