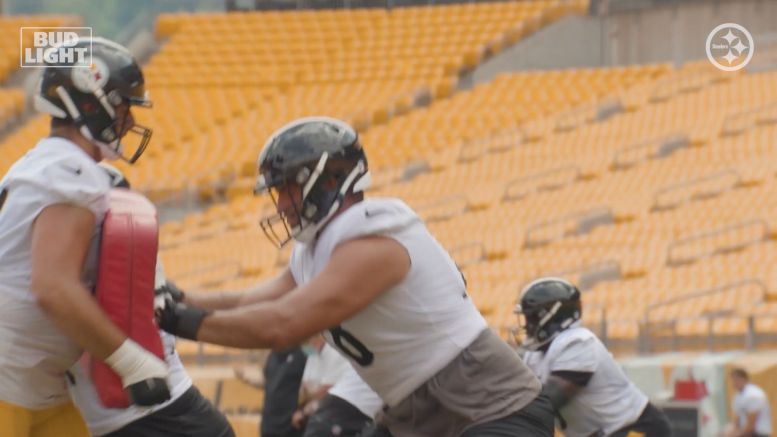 While there have been a select few who have managed to be paid handsomely this offseason—apparently the key is to play tough with the New York Giants and then they’ll give you whatever you want—the majority of free agents this offseason have had a difficult time of managing the pandemic-struck market.

Every team around the league had a shortfall in available cap space compared to what they had anticipated a year ago prior to the onset of Covid-19. The cap dropped $15 million, when it was expected instead to rise by $10 million. And the Pittsburgh Steelers’ Alejandro Villanueva is among the many finding out that the market isn’t where it would have been under different circumstances.

“I’m not surprised for Al because I just don’t think the money is out there”, Aditi Kinkhabwala said on Friday on The Poni and Mueller Show on 93.7 The Fan. “I think that his agent would’ve loved to get $12-13 million, but that wasn’t happening, and now I think his agent would like to get about $8-9 million. That’s not really happening either”.

She noted in particular that “there just aren’t that many holes at left tackle right now around the league”, where teams would feel the need to go out and pay for one—in fact, some have preferred to trade for one. Combine that with a deep draft class, and you have guys not getting paid.

“Al is a brilliant guy. He has an MBA. He has other options. A few years ago, he has a job offer making hundreds of thousands of dollars” in another field, she said. “He’s got to figure out how much money really makes it worth it to come back. I don’t think he has any interest in coming back to be a swing tackle, or to play right tackle, to learn a new position”.

This is not the first hint ever put out there that Villanueva might one day soon simply decide to walk away from the game. Anybody who knows his background at all knows that his life does not purely revolve around football, and he’s made bank now. He put away $24 million on his last contract. I could certainly live off of that.

Before she left—she was boarding a plane during the interview—she was asked to choose which would be the most likely option: 1) Villanueva is playing somewhere else in 2021; 2) Villanueva returns to Pittsburgh; 3) Villanueva retires.

She ducked the question after a pause, saying that she had to go due to the plane. Of course, reading the subtext here, she doesn’t know where this is ultimately going to head. Villanueva probably doesn’t either. But as time moves on, you do have to wonder how little he would be interested in playing for.