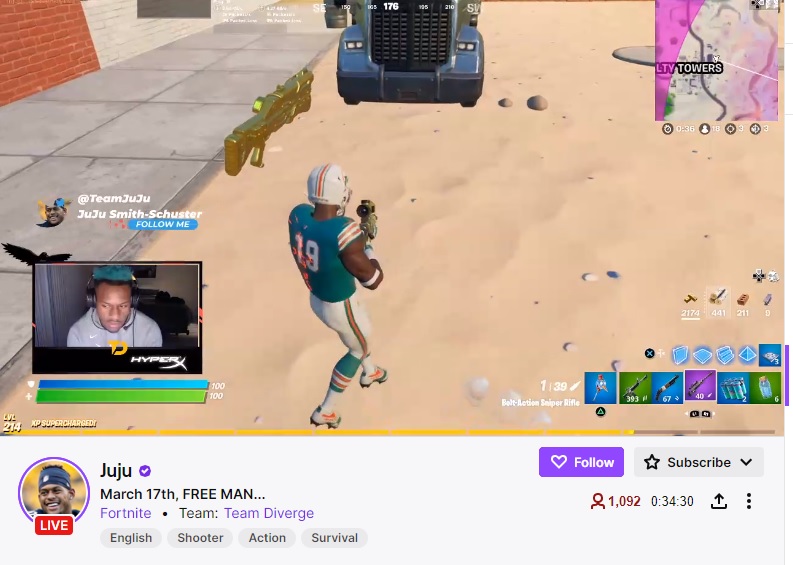 Mike Hilton isn’t the only one counting down the days to free agency. JuJu Smith-Schuster is evidently doing the same. And he’s doing it right now. Smith-Schuster is broadcasting live on Twitch (sorta like YouTube, for those not in the know) with a stream entitled “March 17th, FREE MAN.”

Smith-Schuster is one of football’s most popular streamers and has built up a great following on social media. On this current stream, he has over 1000 viewers, an excellent number for the platform.

For whatever it’s worth, and full disclosure, probably not much, JuJu’s Fortnite character is running around in a Dolphins’ jersey. Miami does have plenty of money to spend and the allure of playing in South Beach. Could JuJu be taking his talents there?

Smith-Schuster has said many times he hopes to remain a Steeler. His mother has even pushed back on reports and speculation that he’s unlikely to re-sign with the team. The good news is all this speculation will be over in just about a week. The NFL tampering period opens up in just days with players being able to sign less than seven days from now. And we’ll get our answers on where JuJu Smith-Schuster, Mike Hilton, and everyone else will end up.