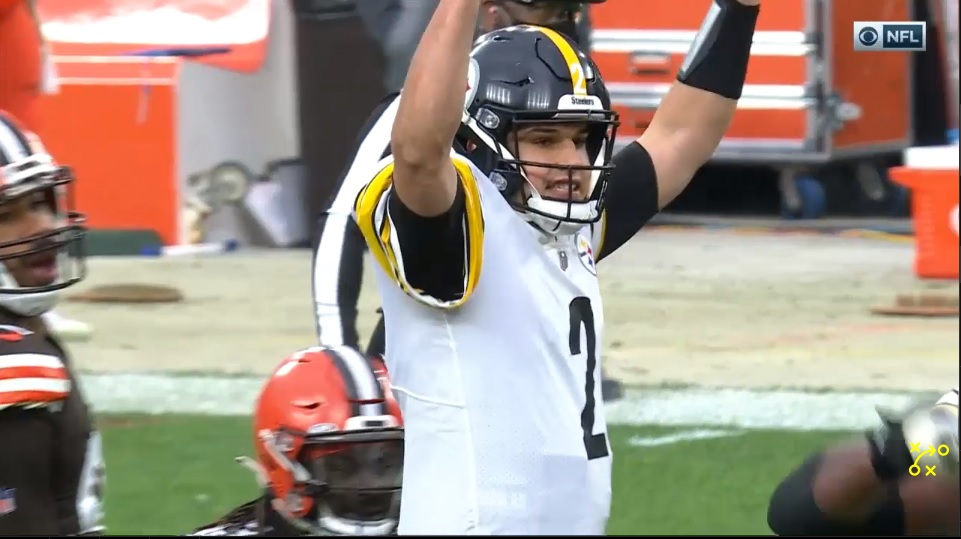 As things stand right now, the Pittsburgh Steelers have three quarterbacks under contract for the 2021 season in Ben Roethlisberger, Mason Rudolph, and newcomer Dwayne Haskins. Will they add another via the draft or after it? It’s possible, as they usually carry four in total during the summer. Of the three under contract for the 2021 season, none of them are signed into 2022, however. In his most recent chat, Gerry Dulac of the Pittsburgh Post-Gazette was asked specifically about Rudolph’s current situation and beyond.

“This is his last year and there is no option on third-round choices,” Dulac said. “It will be interesting to see how and when they handle the situation.”

So, will the Steelers do anything with Rudolph prior to the start of the regular season? In short, will they sign their former third-round draft pick out of Oklahoma State to an extension this offseason? It’s really kind of doubtful at this point, to be quite honest.

For starters, Rudolph has a low cap charge in 2021 of $1,247,867. Any extension worth him signing would result in his 2021 cap charge increasing quite a bit and that’s something the Steelers just can’t afford this offseason as they are cap-strapped enough as it is.

In addition to salary cap issues, Rudolph would be foolish to sign any sort of extension this offseason. He would be better served taking a shot at increasing his market value in 2021 should he somehow get on the field for an extensive amount of time. If not afforded the opportunity to play in 2021, Rudolph would still get a chance to field an offer from the Steelers next spring and prior to him becoming an unrestricted free agent roughly a year from now. Should he not get an offer he likes, he will then test unrestricted free agency. It really is that simple.

So, with Roethlisberger now more than likely in his final season with the Steelers and Rudolph quite possibly in his as well, where does that leave the team’s quarterback room for 2022? Well, if Haskins sticks for the entire 2021 season and the Steelers like what they see in him, they can place a lowly original-round restricted tender on the former first-round draft pick out of Ohio State and easily retain him for 2022.

There’s a good chance that Haskins will be the only Steelers quarterback from the 2021 season guaranteed to be under contract for the 2022 season come this same time next year. If that’s the case and if Rudolph rides off in free agency, the Steelers will almost certainly need to address the quarterback position in the 2022 NFL Draft in addition to possibly adding a veteran free agent on the cheap side as well.

For now, however, don’t expect Rudolph back in 2022 as we sit here in the middle of March. If he is re-signed at some point, that transaction is not likely to take place until this same time next year.