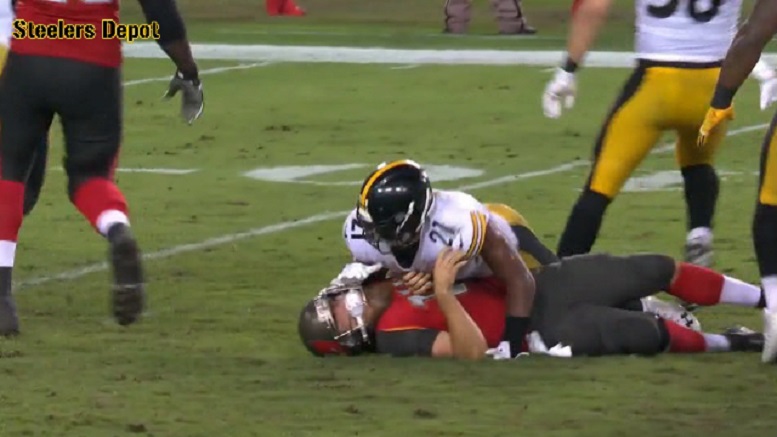 Topic Statement: The Steelers should bring back Sean Davis as a strong third safety option who can back up both safety positions.

Explanation: After the Steelers traded for Minkah Fitzpatrick, it seemed like a foregone conclusion that Sean Davis’ time with the team was over. He signed a one-year, $5 million deal with Washington, but when he lost out on a starting job, he was let go, despite a signing bonus for I believe $2 million. The Steelers quickly re-signed him to be a backup, but that doesn’t mean either party wants to keep that setup.

What better backup option could you have than a veteran who has already been a starter in your system? That’s what the Steelers had in Sean Davis last year, who has started at both strong and free safety. While he wasn’t asked to play much, they obviously found comfort in his being there.

Given that he has very little tape in two years, and the fact that he was cut last year after losing a starting job, it’s hard to envision him having a robust market. If he is available to be retained for a minimum salary, then it makes too much sense to keep this relationship going, as he is also valuable on special teams.

Davis, I’m sure, has not suddenly stopped wanting to be a starter. He’ll be looking for any opportunity that presents itself on the open market, and no doubt he’ll be more interested in the prospect than the contract. If he can revitalize himself as a starter, that would be more valuable down the line than taking whatever the biggest offer might be.

From the Steelers’ perspective, they had already moved on, and it simply made sense to temporarily reunite last year. They have a young safety in Antoine Brooks that they would like to see develop, and there are some cornerbacks that they pretty much view as part of the safety depth, if they can re-sign Mike Hilton, for example.