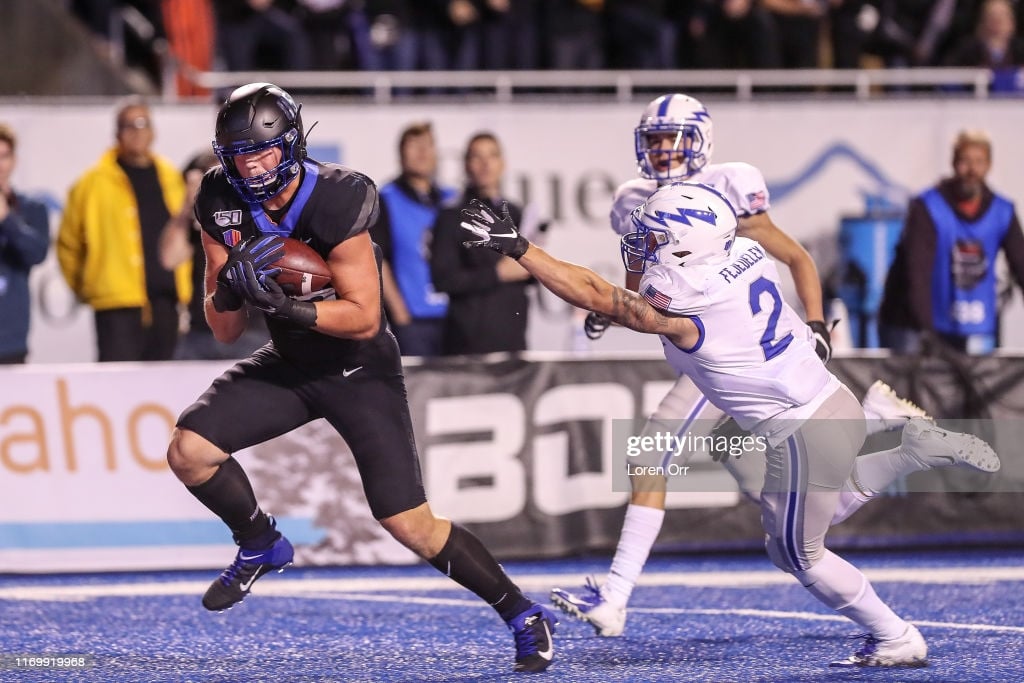 If the Pittsburgh Steelers are searching for one of the most well-rounded tight ends of the draft, Boise State’s John Bates might be their answer. At a post Pro Day presser Wednesday, Bates said he’s spoken with the Steelers, including a recent Zoom meeting with new TEs coach Alfredo Roberts.

“I have spoken with the Steelers a little bit,” Bates told me. “Spoke to the tight end coach there. Really good conversation there. Talking a little football, a little life.”

Bates is regarded as one of the most versatile tight ends in this class and one of its better blockers. He’s one of just a few college tight ends to play in an in-line, NFL role. And he said his size and physicality are among his best traits.

“I feel like not only have I shown I can be a really good run blocker but also very efficient in the pass game as well. I showed today I could move well vertically and horizontally with my agility. Showed I had good hands, good body position. Feel very athletic and confident in my abilities right now.”

He also played extensively on special teams, including running down punts, something he’ll likely do in the NFL as a backup tight end. Past Steelers’ tight ends have carved out roles there including Kevin Rader, who took full advantage of his first cup of coffee in the league in Week 17, recording multiple special teams tackles.

At Boise State, Bates caught 47 career passes for 579 yards (12.3 YPC) and two touchdowns. Twice, he was named to the John Mackey Award Watch List. He accepted an invite to this year’s Senior Bowl and played well in Mobile, showing off more of his receiving ability. He could be drafted as early as the fourth round and is obviously on the Steelers’ radar. Though again, as these Pro Days have shown, teams talk to most draftable prospects.

We’ll have a scouting report on Bates prior to the draft.