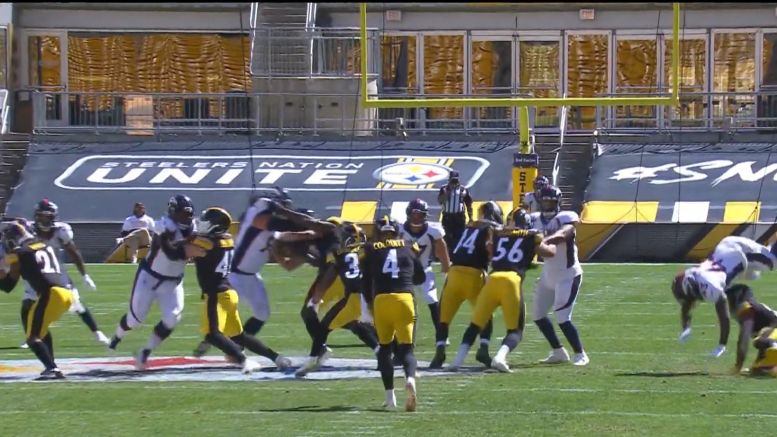 Yeah, remember this guy? The guy who gave you a five-game respite from Jordan Berry last year? Well, that didn’t work out too well, in hindsight. Dustin Colquitt, a former Pro Bowl punter who had previously spent his entire career with the Kansas City Chiefs, struggled to find consistency in his short stay in Pittsburgh.

Berry, who had been the Steelers’ punter for a number of years already, actually did make the initial 53-man roster coming out of training camp. However, the front office and coaching staff were obviously not convinced by what they saw of him, and they signed Colquitt, who had been on the street after being let go by the Chiefs.

He came in and played right away, obviously, but the truth is that his best play of the year was in reeling in an errant snap by Kameron Canaday that saved Chris Boswell a botched kick attempt. While he managed to post a 43.1-yard gross average, his net average was a very low 37.1 yards, and 55 percent of his punts were returned, on top of that. He even kicked two of his 20 attempts for touchbacks.

The Steelers released him after five games and re-signed Berry, who had gone without so much as a stiff from other teams. With that said, when he returned, he said that there were those in the building who had fought to keep him in the first place.

As of this writing, Berry remains a free agent, however—as does Colquitt. He went on briefly to kick for the Jaguars, which lasted all of one game. The Chiefs brought him back in the postseason, but as a backup on the practice squad. He did not play.