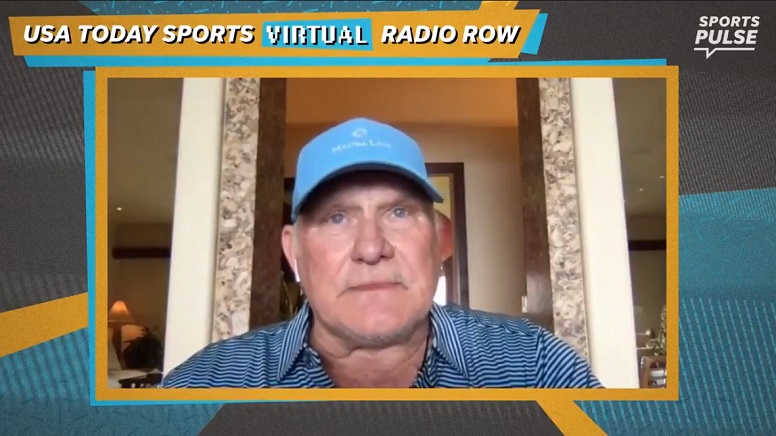 Even though its super unlikely to happen, several fans of the Pittsburgh Steelers have hopes and dreams of the team trading for current Houston Texans quarterback Deshaun Watson in the next six weeks. Those hopes and dreams are certainly understandable and especially with the career of veteran Steelers quarterback Ben Roethlisberger winding down. Steelers fans, however, are not alone in the idea that Watson would look great in the black and gold as Pittsburgh Hall of Fame quarterback Terry Bradshaw also feels the same way.

To wind down your Wednesday, here is Terry Bradshaw on the possibility of Deshaun Watson being traded to the Steelers. 😂💀 #Steelers pic.twitter.com/JIoAZMYYSY

Ahead of Super Bowl LV taking place on Sunday, Bradshaw, a longtime analyst for Fox Sports, did an interview with USA Sports on virtual radio row on Wednesday and during it he was asked to give his thoughts on the Steelers possibly trading for Watson. Bradshaw’s responses was quite entertaining.

“Wow, boy I would,” Bradshaw said. “If that’s what they wanted to do. Deshaun Watson, he’s one of the top five quarterbacks in this league. Yeah, whew. Yeah, man alive. I hadn’t even thought about that. He would be something. Yeah, that would be nice. If he doesn’t stay in Houston, and if I’m Houston, I am painting his toenails whatever color he wants. I am hugging and loving on this boy because I’m telling you, he is the real deal.”

That’s quite rich on Bradshaw’s part but certainly understandable all things equal. Heck, thinking about what Watson could possibly do in Pittsburgh is mind-blowing.

The Texans maintain that Watson will not be traded this offseason after naming David Culley their new head coach last week. That said, it sounds like Watson is still putting pressure on the Houston organization to deal him. Personally, I’m betting they ultimately will deal Watson and if that ultimately happens, it will be interesting to see the compensation they would receive in a trade and especially on the heels of seeing what all the Los Angeles Rams had to give up in acquire quarterback Matthew Stafford from the Detroit Lions in a trade this past week. One would think a starting point to acquire Watson from the Texans would be three first-round draft picks with other picks or players thrown in.

Assuming the Steelers could manage to do the unthinkable and trade for Watson, Bradshaw made it clear on Wednesday that he would fully be on board with their decision to acquire the young quarterback from the Texans.

“But if he could go to Pittsburgh, whew, that would be awesome,” Bradshaw said.

Don’t you just love the week leading up to the Super Bowl?