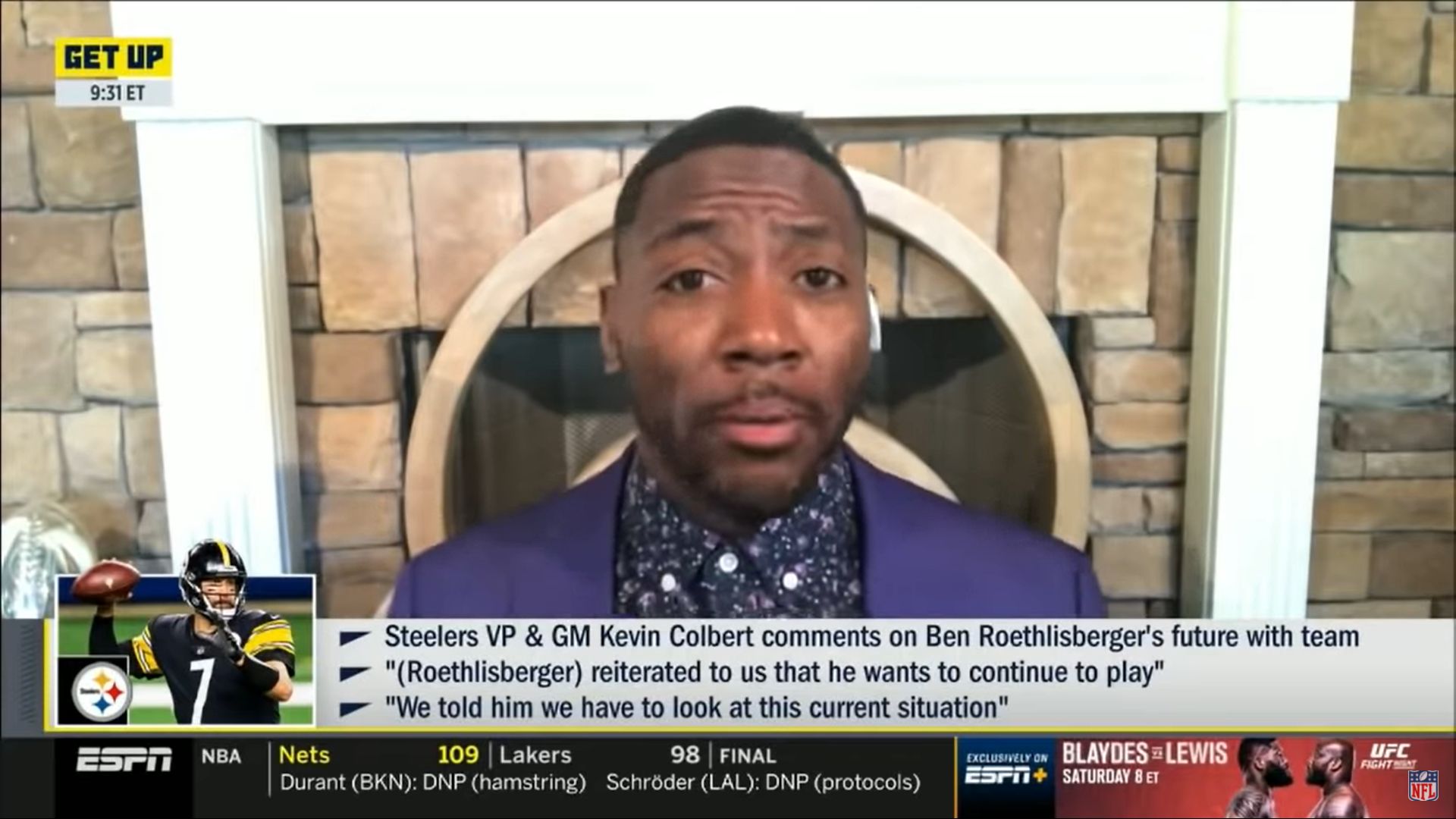 Ryan Clark was a popular player—for the most part—when he was a member of the Pittsburgh Steelers. Fans certainly loved his very physical style of play. They didn’t always love when he opened his mouth, though. That generally depended on what he happened to have to say at that time.

Given that he was always a talkative player, it certainly wasn’t certainly when he transitioned into the media after his playing career was through, and he’s been doing it for a number of years now. Unsurprisingly, he frequently gets asked to comment on matters of his former team as they arise—which tends to be all too frequent in the first few months of every year, I might add.

Of course, the topic of the day is currently Ben Roethlisberger, the 17-year franchise quarterback, and the cost-benefit analysis, with more and more people increasingly coming to the conclusion that the level of play that he offers is not worth even the middling pay that he is getting this year, which is $19 million. Clark is among those fans now, as he said recently on ESPN.

“Man, Ben, please just retire. Don’t make me do this”, he started out. “It’s time to move on. It’s time to start over. I don’t believe they win a Super Bowl with him at quarterback. And when you’ve got six rings, and your whole city, and your whole organization, is about winning championships, if you have a quarterback that can’t take you there, it’s time to move on and start trying to find a way to get there, and I think it’s that time for the Pittsburgh Steelers”.

The conversation was renewed after Steelers general manager Kevin Colbert spoke to the media, which necessarily involved a healthy discussion of the situation with Roethlisberger, him saying that they haven’t yet met to negotiate anything about what would need to be done with his contract in order for him to return for the 2021 season.

Colbert did say that, as of now, he’s still their quarterback, and he still believes that he is capable of performing on the field and doing some special things at times, but ultimately resolved that it’s not clear which approach is in the best interests of both team and player.

I do agree that Colbert’s comments should be taken at face value. It’s not the sort that has a tendency to say things he doesn’t mean. And because of that, the overwhelmingly likely scenario remains that Roethlisberger comes back for another season, regardless of what the Ryan Clarks out there think is best.