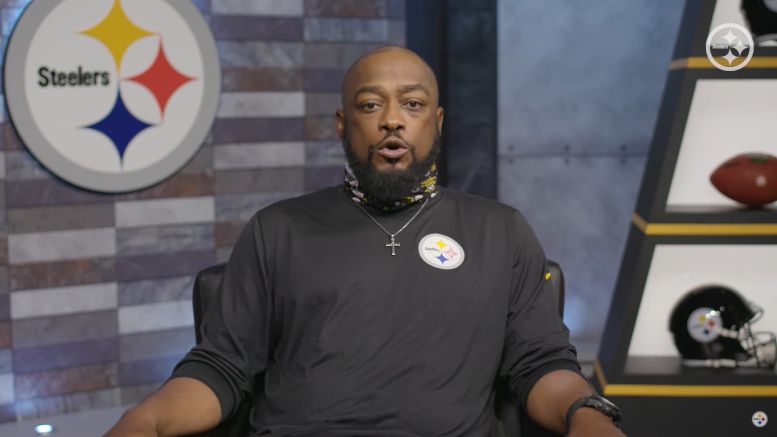 As it would turn out, the first time that we hear from Pittsburgh Steelers head coach Mike Tomlin since their season ended, and after his post-season interview, was on HBO. He recently participated in a segment on Real Sports With Bryant Gumbel, in which he discussed the recent hiring cycles for head coaches, and how minority candidates, and particularly black candidates, have continued to be overlooked.

As the program pointed out, there have been 27 open jobs for head coaches over the course of the past four years, an average of nearly seven per year. A total of three of those 27 jobs were given to black head coaches, (an additional two were given to non-black minorities, namely Ron Rivera, who has extensive experience, and Robert Saleh). David Culley was the only black hire this year, and Brian Flores last year. There are currently five total minority head coaches, three of whom are black—Tomlin being the other one.

“We just can’t continue to do the same things that we’ve done and think that the outcome is going to change”, he told Gumbel about the hiring process. The league altered the Rooney Rule, expanding it for this hiring cycle, but it didn’t necessarily produce different results, as commissioner Roger Goodell acknowledge during the Super Bowl.

Tomlin has historically been very involved in coaching seminars for minority coaches and has been a mentor for many of them as well, but he believes that these seminars present an inaccurate view of what is actually the case.

“The very existence of those workshops somehow indicates that there’s a lack of talent in the minority pool, or a lack of readiness, and that is untrue”, he said, it having been noted that three of the four offensive and defensive coordinators that just appeared in the Super Bowl were black. “Certainly, they’re nice fellowship weekends, where we get an opportunity to catch up with one another, but it’s not the weekends they’re made out to be”.

It’s unclear what next step the NFL may be looking to take as far as their efforts to help improve diversity in the hiring cycle goes, but generally speaking, it is fair to say that their current efforts have not been successful in reaching said diversity. Regardless of what one feels about the subject, at least that much isn’t in dispute: the Rooney Rule hasn’t achieved its aim.