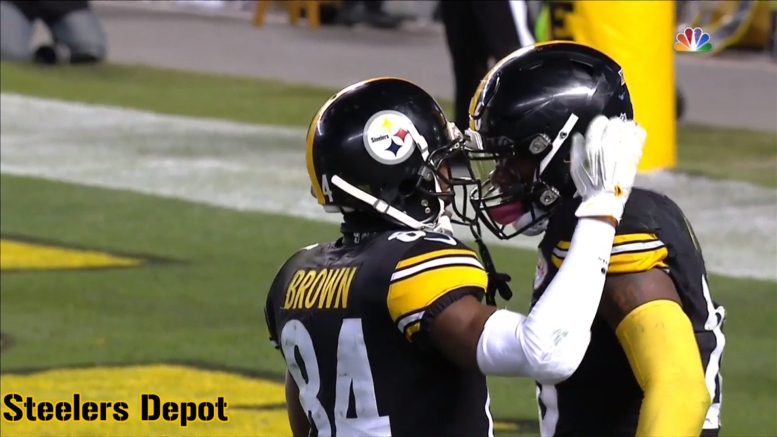 The latest edition of the Super Bowl is just a handful of days away at this point, and while the Pittsburgh Steelers will not be playing in it, some very significant recent alumni will be. Chief among them are running back Le’Veon Bell and wide receiver Antonio Brown, a pair of former first-team All-Pro talents at their respective positions that made up the nucleus of arguably the best offense Pittsburgh ever had.

Antonio Brown wound up with the Tampa Bay Buccaneers, where he is catching touchdown passes from Tom Brady, while Le’Veon Bell eventually found his way to the Kansas City Chiefs, working alongside the likes of Patrick Mahomes. Both took a roundabout way of getting there, and are contributing in more supporting roles, but one of them will end the day with a Super Bowl ring.

That was their aspiration when they were together in Pittsburgh as part of the ‘Killer B’ offense. But the furthest they ever got was reaching the AFC Championship Game in 2016. It was the only postseason for which Bell was healthy, and he was dominant in the first two rounds, but went down early in the conference finals with an injury, and the New England Patriots ultimately blew them out.

“It’s crazy to think that, as long as we’d been playing together, we never made it to this point, but the fact that we’re gonna be playing against each other is gonna be fun. Just on different sides of the ball, obviously”, Bell said yesterday during his media day availability in advance of the Super Bowl about his time with Brown.

“AB made so many plays, and he made so many memories, it would be too tough to pick out one specific memory that he’s done great, but he’s just a great player, and it’s gonna be fun to watch him play”, he added.

Bell declined multiple robust long-term contract offers from the Steelers before ultimately declining to play under a second franchise tag in 2018. He sat out the season, and signed with the New York Jets the following offseason, in a deal that included more fully-guaranteed-at-signing money than Pittsburgh offered.

His first season with the Jets was pretty dismal, however, as was his second, and disagreements with the head coach and extraneous concerns ultimately led to his being released. After contemplating multiple offers, he chose to sign with the Chiefs, where he has played behind rookie Clyde Edwards-Helaire.

In contrast, the Steelers signed Brown to multiple significant contract extensions since first drafting him in 2010, but he forced his way out via trade in 2019, ultimately going AWOL and working with agent Drew Rosenhaus to manipulate to team to move him to a team willing to redo his contract.

He was ultimately traded to the Oakland Raiders for third- and fifth-round draft picks, and he got his new deal, but he was such a headache for his new team that they actually released him before the regular season even began.

He briefly spent time with the Patriots later that season before running into legal trouble, which prompted his release again. He served an extended suspension at the start of this season due to his off-field issues before signing with the Buccaneers.

Those roundabout paths may not have been ideal, but they’ve landed them in the game they’ve always longed to play, and one of them will come out of it with a ring, while the Steelers will be watching from their couches. There’s a cold splash of reality for you.