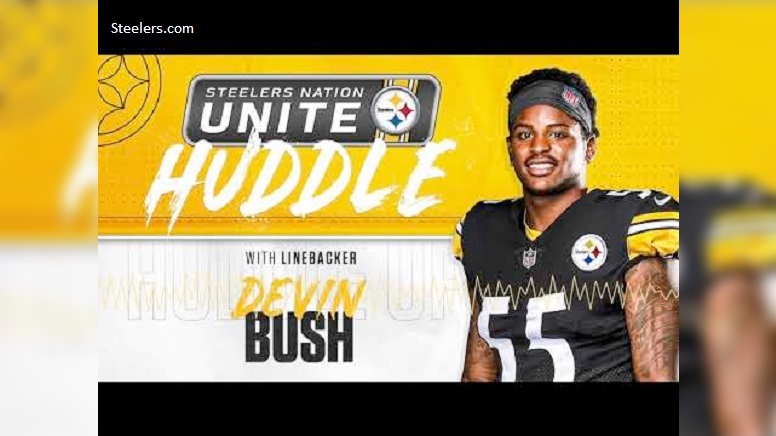 Pittsburgh Steelers inside linebacker Devin Bush obviously isn’t in charge of the team’s draft this year. Even so, the team’s former first-round draft pick has a good sense for what the team needs this year. On Thursday, Bush, who is currently still rehabbing from his October left knee surgery, was asked during a call with Steelers Nation Unite members what position he’d like to see the team address in the draft this year.

Another great answer from Bush. Offensive line is certainly a need for the Steelers in this year’s draft and not only could the team use a new young center with veteran Maurkice Pouncey retiring a few weeks ago, another tackle is needed as well. In short, Bush could see his team draft two offensive linemen this year. The last time the Steelers drafted a tackle or center in the first round was way back in 2010 when Pouncey was selected 18th overall.

A quick and dirty list of centers the Steelers might be eyeing in this year’s draft would likely include Landon Dickerson out of Alabama, Creed Humphrey out of Oklahoma and Quinn Meinerz out Wisconsin-Whitewater. All three were Senior Bowl invites several weeks ago as well.

While Bush is obviously still a young building block on the team at inside linebacker, it’s not unthinkable that the team might select another young inside counterpart to pair with him at some point in this year’s draft and especially if the Steelers make veteran inside linebacker Vince Williams a cap casualty in the next three weeks.

Currently, the Steelers have Bush, Williams, Ulysees Gilbert III and Tegray Scales as inside linebackers under contract for the 2021 season. Additionally, inside linebacker Robert Spillane is expected to be back in 2021 as he’ll surely be tendered as an exclusive rights free agent in the next several weeks. A few early offseason major media mock drafts have included the Steelers selecting Tulsa linebacker Zaven Collins in the first-round with the 254rth overall pick.