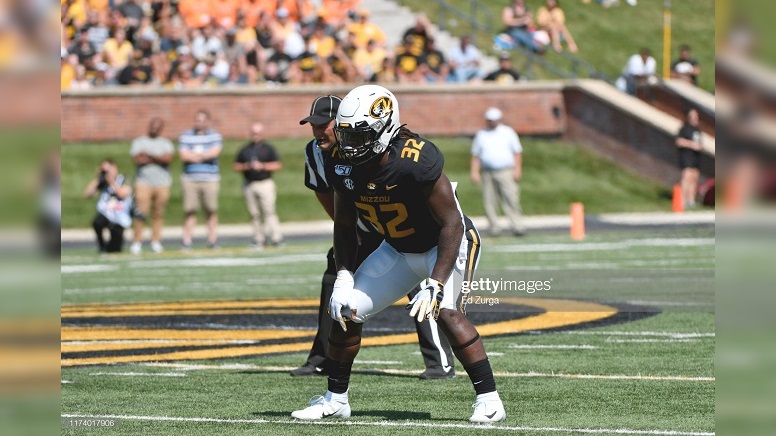 The annual Senior Bowl took place on Saturday and now all that’s left of the 2020 football season is for Super Bowl LV to be played on Sunday. After that game ends, all we’ll have football-wise is draft preparation and that means we’ll be inundated even more so with mock drafts across the internet. On the heels of the Senior Bowl week now being over with, NFL Network draft analyst Bucky Brooks decided on Monday that it was time for him to release his first mock draft of 2021. In Brook’s first mock offering of 2021 he has the Pittsburgh Steelers selecting Missouri linebacker Nick Bolton at 24th overall.

Here is the quick blurb that Brooks posted on Bolton and his reasoning for mocking him to the Steelers at 24th overall in the first-round:

The heat-seeking missile from Missouri is the perfect partner for Devin Bush between the tackles.

Bolton, who declared for the 2021 NFL Draft back in December as an underclassman, led Missouri in 2020 with 95 tackles, including 7.5 tackles for loss, and 2 sacks. He’s was one of five finalists for the Butkus Award, which goes to the top linebacker in the nation. For his college career, Bolton registered 220 total tackles, 17.5 tackles that resulted in losses, 4 sacks, 2 interceptions and a fumble recovery.

According to his bio page on the Missouri website, Bolton measures in at 6’0″, 232-pounds. Pro Football Focus also has Bolton as their highest-graded linebacker over the last two seasons (91.2). 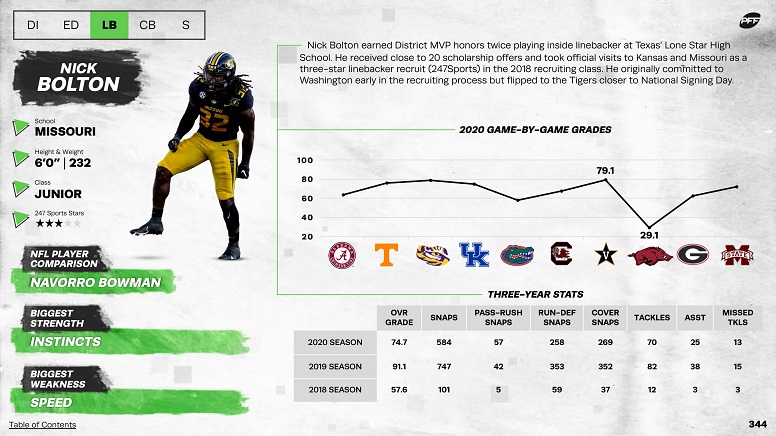 While the Steelers could certainly use another inside linebacker at some point during the 2021 NFL Draft, one must wonder if they will ultimately use their first-round selection this year on one. The Steelers running game really needs attention this offseason and especially during the draft via an addition of a top-rated offensive lineman or running back. That said, Bolton certainly seems to fit the bill when it comes to what the Steelers look for in inside linebackers so he’s a player worth digging deeper into this offseason.

Below are some highlights of Bolton from the 2020 season and we’ll for sure have a full draft player profile and scouting report on the Missouri linebacker in the coming weeks.