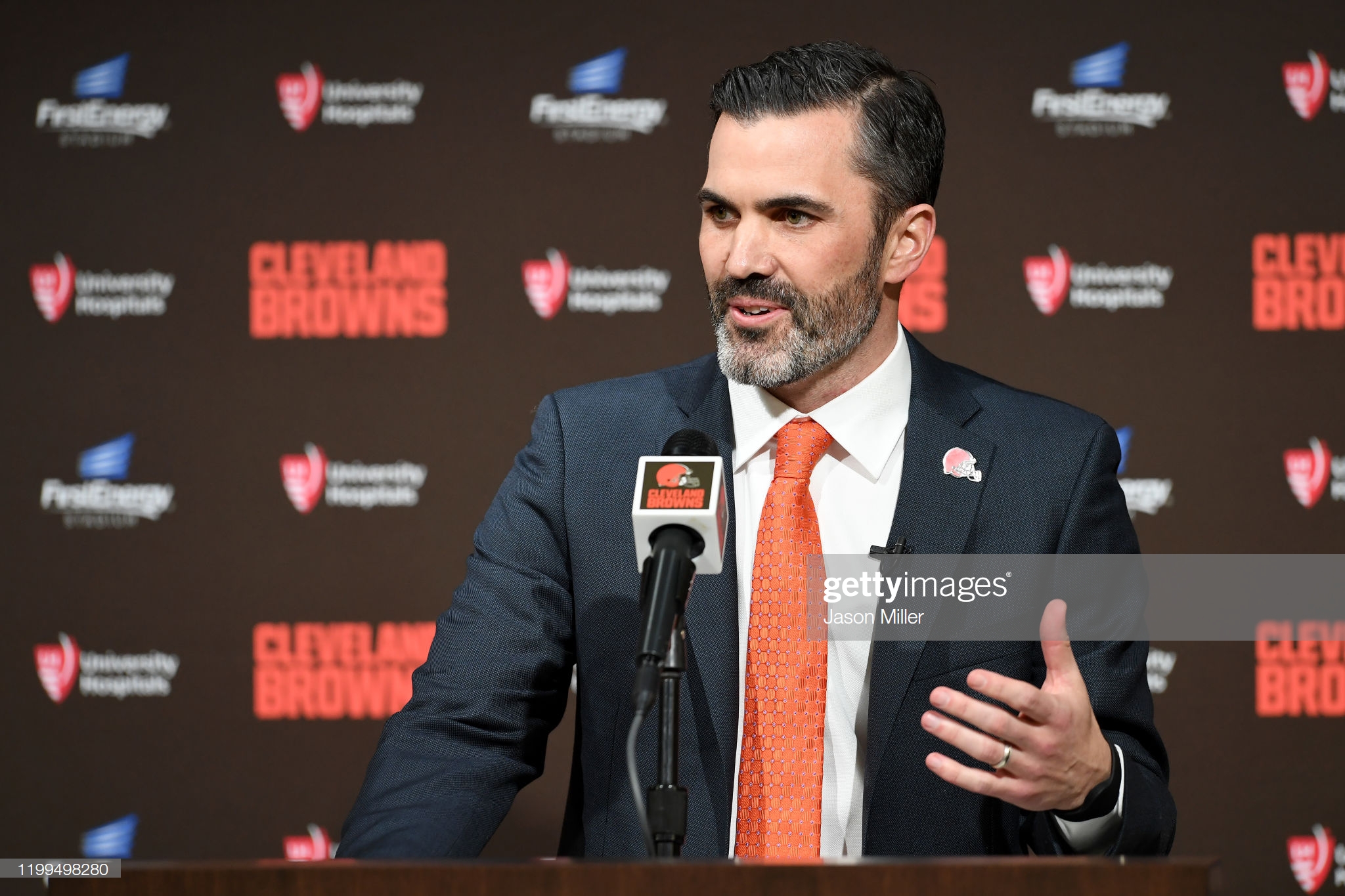 While the Pittsburgh Steelers and their fans are alternately celebrating and seething with rage, the former because of the Hall of Fame nods for Alan Faneca and Bill Nunn, and the latter for T.J. Watt not being awarded the Defensive Player of the Year Award, they are not the only team in the division to be honored during last night’s award ceremonies.

After leading the Cleveland Browns to not only their first non-losing (and winning) record since 2007, their first postseason appearance since 2002, and their first postseason victory since 1994, first-year head coach Kevin Stefanski was named the Coach of the Year for the NFL season of 2020. Cleveland finished third in the division, but went 11-5, advancing as the sixth seed in the AFC, and defeated the Steelers in the first round of the playoffs.

“I’m incredibly humbled, especially given some of the coaching we’ve witnessed this season around the NFL”, he said in receiving the honor. “My name may be on this award but I think this speaks to the amazing support I get day in and day out from my coaching staff with the Cleveland Browns. I’m very glad I don’t have to do this by myself”.

Making it all the more remarkable is the fact that he managed to lead a floundering and historically bad team to success during unprecedented circumstances, weathering a global pandemic that was not just a burden throughout the season, but also limited the team’s installation process for their new offensive and defensive systems.

The Browns changed nearly everything but the ownership from last season, even bringing in Andrew Berry as a first-year general manager. The coaching staff was almost entirely swapped out. Players did not meet their coaches for the first time in many cases until training camp.

Of course, every team in the league was dealing with the same set of circumstances. No team had privileges and opportunities that others did not. But to install a new scheme virtually with coaches and players that you haven’t ever met before, and to turn around a team that hadn’t had a winning season in over a decade under those conditions, is commendable, to say the least.