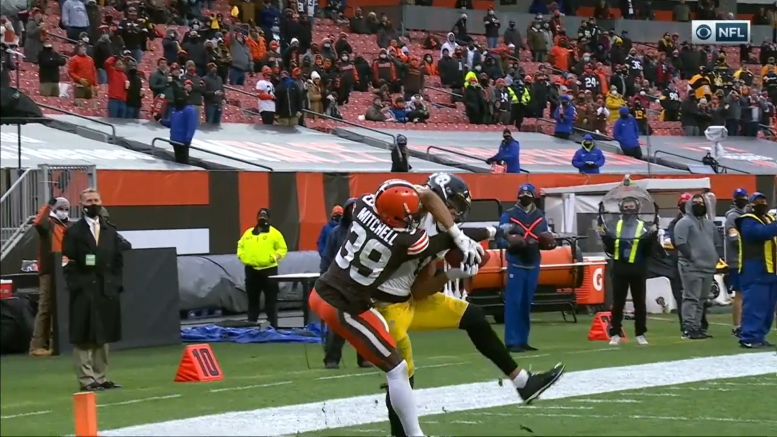 Pittsburgh Steelers rookie wide receiver Chase Claypool put the wraps on his first full NFL regular season this past Sunday by registering five receptions for 101 yards and a touchdown in the team’s road loss against the Cleveland Browns. He ended the regular season with a rookie year team record 62 receptions good for 873 yards and nine touchdowns. He also scored two more touchdowns via runs which put him at 11 scores on the season, also a rookie record. While not widely known, Claypool also finished his rookie season as the NFL’s leader in another key stat, defensive pass interference penalty yardage drawn. 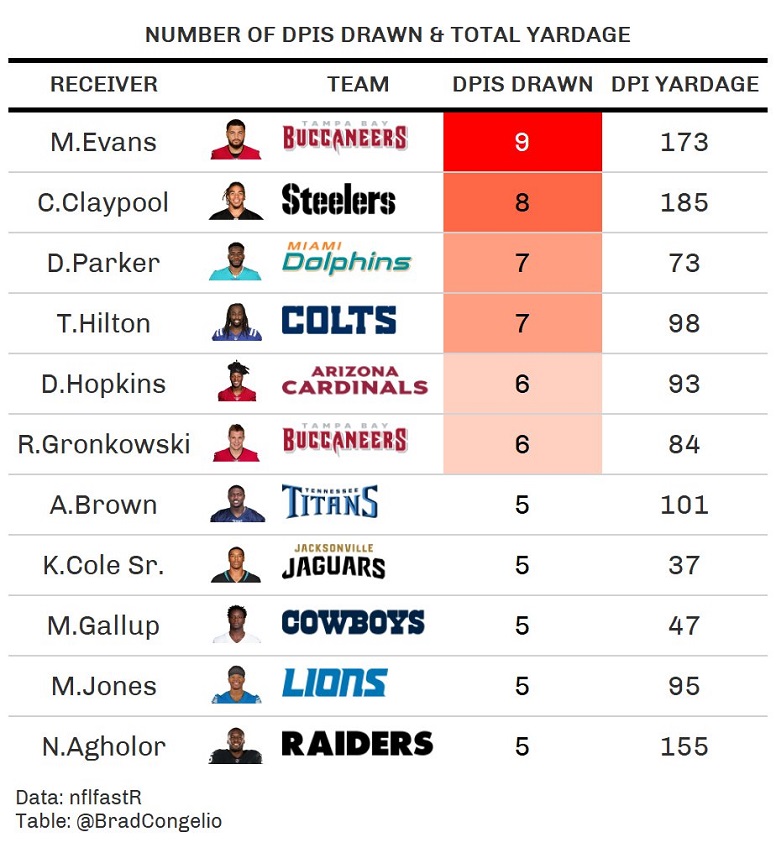 Not that it’s much of a stat, but Claypool, according to Pro Football Focus, led the NFL in 2020 in deep defensive pass interference penalties with seven.

While we’re on the subject of deep pass targets for Claypool, the Steelers rookie wide receiver was targeted 20 or more yards down the field 30 times during the regular season and he caught nine of those pass attempts for 347 yards and four touchdowns. Throw in the other eight that resulted in defensive pass interference that are not counted in the raw stats and he effectively had 17 deep pass targets that resulted in 532 yards and four touchdowns. I should point out that he did have two drops on deep passes in 2020 as well.

As previously mentioned, Claypool registered 62 receptions for 873 yards and nine touchdowns in 2020. That means that his non deep receptions on the season, 53 in total, resulted in 526 yards, or almost 10 yards per catch. That’s obviously not a bad average at all. 244 of those 526 yards on non-deep pass receptions were gained after the catch, an average of 4.6 yards per grab. In short, Claypool proved during his rookie season that he’s not just a long pass producer.

If there’s one thing we know right now with the Steelers heading into the playoffs is that every effort must be made to get the football in Claypool’s hands as much as possible in the postseason, which begins Sunday night at Heinz Field against the Browns. Claypool led the Steelers in explosive play receptions as a rookie with 14 and that number jumps up to 20 if you include the defensive pass interference penalties that the Notre Dame product drew that resulted in 20 or more penalty yards.

The Steelers offense needs to produce as many explosive plays as possible in the playoffs if they’re going to make a run at a Super Bowl championship and Claypool is the most likely source to deliver them, even if a few of them need to come by the way of defensive pass interference penalties.