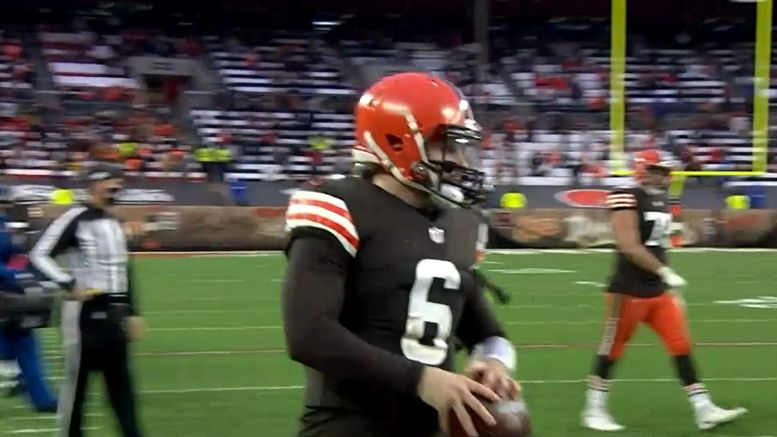 The final week of the regular season went pretty much the way everybody anticipated during the early games for the AFC, which means that the Pittsburgh Steelers will face a rather familiar opponent in the first round of the 2020 postseason: the team to whom they just lost, the Cleveland Browns.

With the win, the Browns secured the sixth seed in the playoff, which this year means that they will be playing the third seed—which is the Steelers. It is the first time since 2002 that the Steelers will have faced the Browns three times in the same season, that year knocking Cleveland out of the Wildcard Round in a 17-point second-half comeback.

This was just the second time since that season that the Browns actually posted a winning record, going 11-5 this year. They finished the year tied in record with the Baltimore Ravens, but having lost the season series against them, lost out for the top Wildcard seed, the Ravens fifth and set to face the fourth seed—either the Indianapolis Colts or the Tennessee Titans—and the sixth-seed Browns set to face the Steelers yet again.

Pittsburgh is not unfamiliar with facing their division rivals in the postseason. Most recently, they defeated the Cincinnati Bengals in the first round of the 2015 playoffs. The year before that, they lost to the Ravens in the same round. A defeat of the Ravens in 2010 and in 2008 each helped propel them to a Super Bowl appearance, the latter resulting in a championship.

The Steelers did make it surprisingly close in the end, with Mason Rudolph finding Chase Claypool and then JuJu Smith-Schuster for a pair of fourth-quarter touchdowns. They were within a two-point conversion attempt of tying the game with under 90 seconds to play, but the pass was too high.

The ultimate turning point in the game was Rudolph’s interception, which came under heavy pressure on third down, and allowed the Browns to go up by 15 points. There was a roughing the passer penalty on the play that was not called.

Given Pittsburgh’s 6-1 overall record in the postseason against divisional opponents, it’s certainly not the worst result possible for the Steelers. In fact, they blew out the Browns in their first meeting this season, and nearly won today with a backup quarterback while Cleveland was playing to end an 18-year playoff drought.