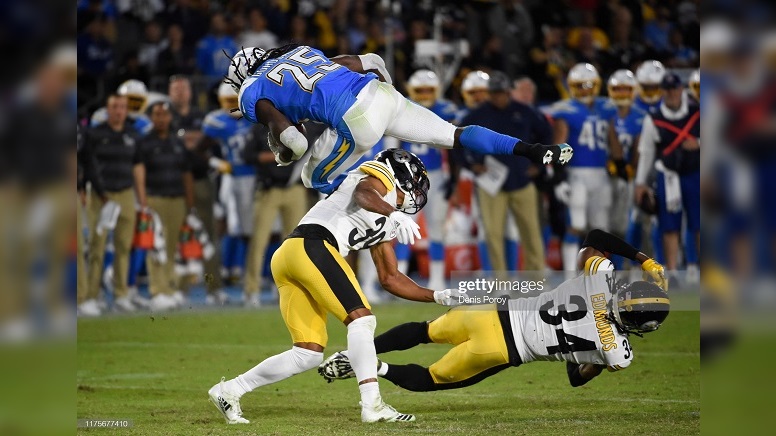 The Pittsburgh Steelers 2020 season ended Sunday night and with that, the team’s offseason is now underway. As usual, the Steelers have several big decisions to make in the coming weeks and months that will not only impact their 2021 season, but future seasons as well. A few of those early offseason decisions revolve around fifth-year options needing to be picked up or declined on two players, safeties Minkah Fitzpatrick and Terrell Edmunds.

As Corry explained in his post on the topic, the period for exercising fifth-year options begins after a player’s third NFL regular season ends (January 4, 2021 with the 2018 first-round picks). These options must be picked up prior to May 3. Additionally, the fifth-year salary, if the option is exercised, is fully guaranteed and a player’s fourth-year base salary also becomes fully guaranteed when the option year is picked up, if it wasn’t already.

Here is more on the fifth-year option rules as clipped from Corry’s post:

The fifth-year salaries are no longer strictly tied to where a player was drafted (i.e., top 10 or outside of top 10). Performance dictates the option-year salaries. With two or more Pro Bowl selections on the original ballot during the first three seasons of contracts, the fifth-year salary becomes the franchise tender, which is average of the five highest salaries for a player’s position, in the fourth year of his contract.

One Pro Bowl selection on the original ballot during the first three seasons of a rookie deal puts the fifth-year salary at the transition tender, which is average of the 10 highest salaries for a player’s position, in the fourth year of his contract. Steelers safety Minkah Fitzpatrick is assured of a 2022 fifth-year salary at the 2021 transition tender for their respective positions if the options are picked up. An original ballot Pro Bowl selection this season will increase the fifth-year salary to 2021 franchise tender at their respective positions.

So, what does this mean for Fitzpatrick when it comes to his fifth-year option amount for 2022?

In a recent podcast episode of Corry’s, he estimated the amount of Fitzpatrick’s fifth-year option for 2022 to be $10.176 million if the NFL’s 2021 salary cap number comes in at the agreed to floor amount of $175 million. He also estimated that Fitzpatrick’s fifth-year option amount for 2022 will be $11.525 million if the cap number ultimately comes in at $198.2 million, the same amount it was in 2020.

Once again, it’s a forgone conclusion that the Steelers will pick up Fitzpatrick’s fifth-year option by the time May 3 rolls around. After all, the former first-round draft pick of the Miami Dolphins was a Pro Bowl and First-Team All-Pro selection again in 2020.

As for Edmunds and the Steelers decision they will need to make with him and his fifth-year option for 2022 prior to May 3, that seems fairly cut and dry as well. In fact, one can easily make a great argument for the Steelers not picking up Edmunds’ fifth-year option this offseason than one for them doing so.

To date, Edmunds, the Steelers first-round selection in the 2018 NFL Draft, has registered 251 total regular season tackles to go along with three interceptions, 15 defensed passes, two sacks and a fumble recovery in 47 games played in. He’s obviously yet to make a Pro Bowl or receive any All-Pro consideration in his first three seasons in the NFL.

Edmunds, however, did meet the snap threshold that Corry described so there’s that. As for what the amount of Edmunds’ fifth-year option for 2022 would be should the Steelers ultimately decide to pick it up this offseason, that’s hard to speculate right now. It might be in the $7-$8 million neighborhood, but that’s just idle and rough speculation on my part. If it is that amount, that’s mighty rich for a player such as Edmunds based on his production through three seasons.

In lieu of the Steelers picking up Edmunds’ fifth-year option this offseason, the Steelers would let the safety play out the final year of his rookie contract and see how he performs. Should that be the course of action and should Edmunds go on to have a stellar 2021 season, the Steelers then would have the option of placing the franchise tag on him next offseason if they deem him worthy of it. Edmunds, in case you’re curious, is scheduled to earn a base salary of $1,938,789 in 2021.

Once the exact amounts of the fifth-year options for Fitzpatrick and Edmunds are made public, I will pen another post on the topic. That, however, will likely be right around the start of the 2021 NFL league year in March.