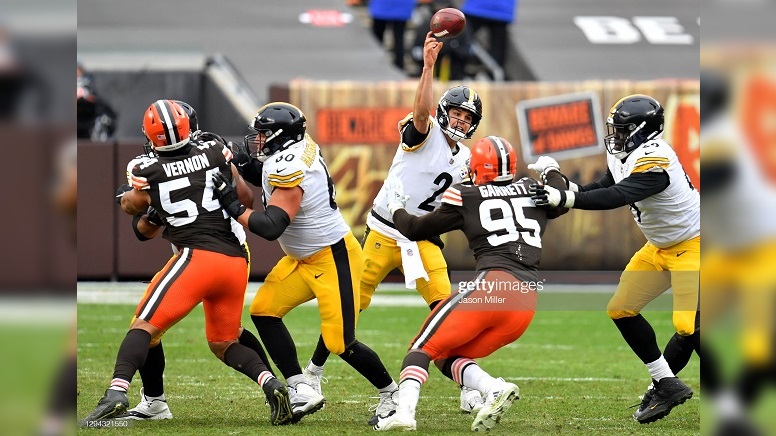 Ben Roethlisberger’s tenure in Pittsburgh is nearing its conclusion, whether it be at the conclusion of this season or, more likely, at the end of another season or two after receiving a contract extension this offseason.

Whatever the case may be, the Pittsburgh Steelers front office must seriously consider what the future looks like without having Roethlisberger under center. Is that future a draft pick? A free agent? Or perhaps Mason Rudolph?

Rudolph’s 2019 season, playing in place of the injured Roethlisberger, left a lot to be desired. However, his Sunday afternoon performance against the Browns provided hope that, perhaps, he could be a short-term answer, if needed, while the long-term answer is found.

One game against the Browns is certainly a small sample size. But a look at the advanced analytics point towards the possibility of positive trend in Rudolph’s overall performance.

Of most interest is the peak in the distribution in the 25-to-35-yard area. Rudolph was either given more plays down field or had more confidence in his ability. Or both. Either way is a good thing. As well, the emergence of Chase Claypool and Diontae Johnson as legitimate deep threats certainly assisted Rudolph in better distributing the ball at different depths. 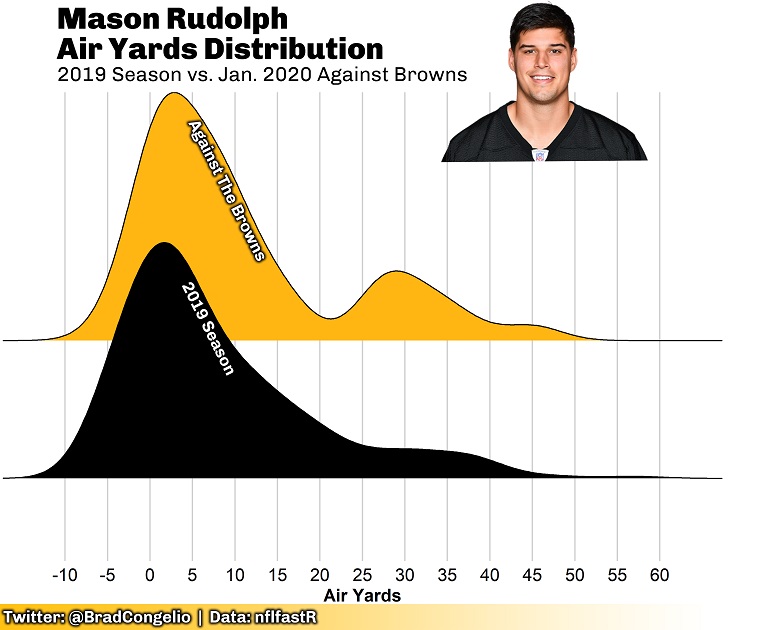 As well, comparing other advanced metrics between his start against the Browns and his 2019 season can provide some insight to his overall growth:

I emphasize, again, that the sample size is obviously small for 2020. Despite that, his net gain of 0.1652 in expected points added per drop back between his entire 2019 campaign and his start against the Browns is substantial. While his completion percentage over expected largely stayed the same, his success rate percentage slightly dipped as did his first down percentage rate.

However, Pro Football Focus gave him a rating of 75.6, good enough or fifth place in the last week of the season. The only quarterbacks with a higher rating? The Buffalo Bills’ Josh Allen, the Baltimore Ravens’ Lamar Jackson, the Houston Texans’ Deshaun Watson, and the Tampa Bay Buccaneers’ Tom Brady. That is elite company for Rudolph to be in for one week of play.

That said, the metrics by no means indicate that Rudolph is the quarterback of the future. In fact, there could be a regression to the mean (which would result in his 2019 numbers which are, frankly, frightening). However, his performance against the Browns was substantially better than most of us probably hoped for. While it is a small sample size, it does provide some hope that Rudolph can get the job done if he does become the “gap man” between Roethlisberger’s exit into retirement and whomever the signal caller of the future may be.