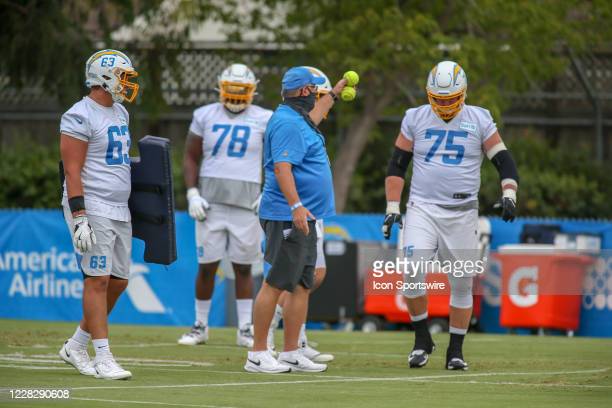 The Pittsburgh Steelers are reportedly interested in making longtime coach James Campen their next offensive line coach, according to a tweet from the Pittsburgh Post-Gazette’s Gerry Dulac.

Steelers talking to former long-time Packers offensive line coach James Campen to be in charge of their offensive line, per source. Campen was with LA Chargers last season but was let go when Anthony Lynn was fired.

As Dulac’s tweet notes, Campen was most recently with the Los Angeles Chargers but let go after Anthony Lynn’s firing that changed the entire coaching staff. The Steelers have already hired one former Chargers coach, naming Alfredo Roberts their TEs coach and replacement for the retired James Daniel.

Campen spent most of his coaching career with the Green Bay Packers. Hired in 2004 as an assistant, he was named their offensive line coach from 2007 to 2018. The Packers drafted and developed a long list of successful offensive linemen. Guys like Jason Spitz, Daryn Colledge, Josh Sitton, Bryan Bulaga, and David Bakhtiari.

He spent 2019 with the Cleveland Browns as their offensive line coach. While the team limped to a 6-10 record, they boasted one of football’s better running games, ranking 4th in average and nearly cracking the top ten in yards.

Campen also boasts experience in the NFL as a player. After playing his college ball at Tulane, he spent seven seasons as an NFL center. His first two seasons were spent in New Orleans with the next five coming in Green Bay. In total, he made 50 career starts.