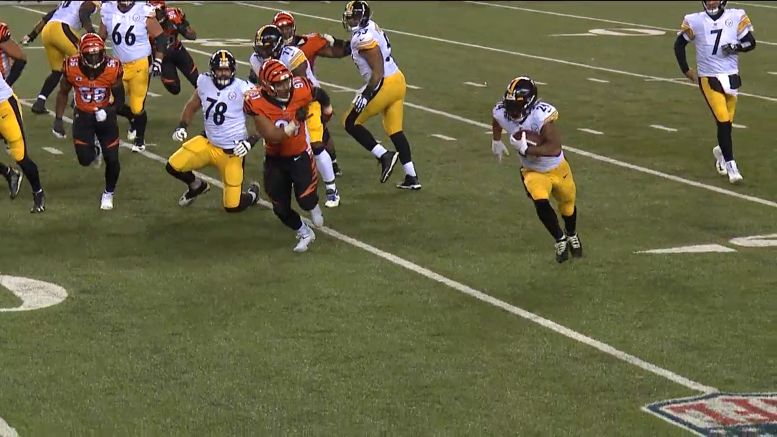 Topic Statement: Benny Snell will be the Steelers’ primary ball carrier in 2021.

Explanation: It seems pretty clear at this point that the Steelers do not intend to bring back James Conner with his rookie contract expiring, but the odds are pretty good that they will be adding to the running back position in some form or fashion this offseason. Whether or not that addition sees more carries than Benny Snell is not guaranteed.

Like it or not, Benny Snell is a running back whose talent and demeanor the Steelers respect, even if his body of work is not always indicative of meriting that kind of respect. He only averaged 3.3 yards per attempt last season, but some of that could be attributed to his work in short yardage.

The key factor here is the fact that Snell is the sort of runner who builds up a head of steam over the course of a game, and he didn’t get many opportunities to show that last year. When he did, it usually bore fruit, such as in the season opener, when he helped ice a win when Conner went down early with an ankle injury, and ran for over 100 yards.

Even if they were to draft a running back early, he would probably only be worked in over the course of the season and split duties with Snell and others, similar to how the Baltimore Ravens broke in J.K. Dobbins this past season, who finished third on the team in attempts.

The Steelers haven’t had a running game this bad since 2012, after which they drafted Le’Veon Bell in the second round and installed him as their featured back and workhorse as soon as possible. He would become a first-team All-Pro in his second season.

While some will be against it, you can’t rule out the realistic possibility that they might land somebody like Najee Harris in the first round, and if they do that, he is going to be the starter right off the bat. Snell isn’t remotely the sort of established runner to whom a rookie would take a back seat.

There is also a good chance that they find a free agent who can come in on a relatively cheap deal. Maybe somebody out there is still secretly hoping that they land Leonard Fournette.