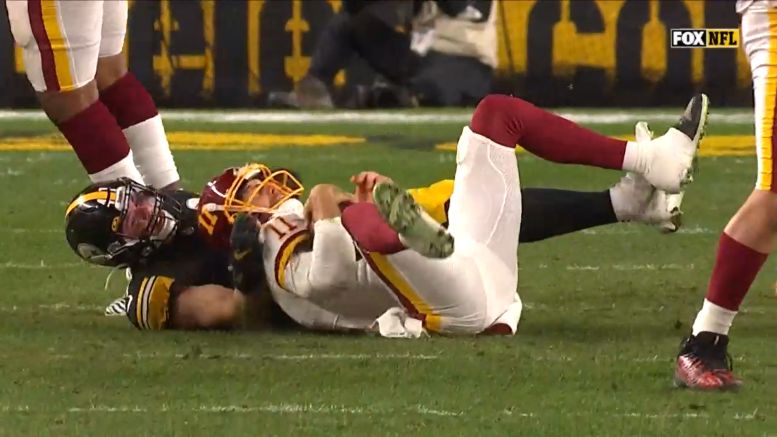 The Pittsburgh Steelers came into today’s game needing just one sack in order to die the all-time NFL record for the longest sack streak in NFL history. Dating back to the middle of the 2016 season, they had recorded at least one sack in every game for 68 consecutive games, totaling 228 sacks during that span, which has been the most in the NFL.

In fact, they have led the NFL in sacks in each of the past three seasons, and continue to lead in sacks in 2020, coming into this game with 41 on the year, which was three more than anybody else—with the second-place Philadelphia Eagles having already played 12 games.

Not only have that managed at least one sack in every game, they have recorded at least three sacks in eight of their previous 11 games, including six games with at least four sacks. They have recorded five or more sacks three times, with a season-high seven.

The all-time NFL record for the longest sack streak is owned by the Tampa Bay Buccaneers, who recorded a sack in 69 consecutive games between 1999 and 2003, a span of time that overlapped with Steelers head coach Mike Tomlin’s tenure there as an assistant coach.

They now have company with the team Tomlin has been coaching for the past 14 years, as Pittsburgh notched its 69th consecutive game with a sack today against the Washington Football Team, a team that had given up among the most sacks in the NFL already heading into the game.

And just as you would expect, it was Robert Spillane who would make the record-tying sack midway through the first quarter, coming in on a blitz on Washington’s second drive of the game. Spillane is making his seventh start after Devin Bush was lost for the season at inside linebacker.

With that sack by @14rspillane, we have now recorded at least 1 sack in 6️⃣9️⃣ consecutive regular season games, which is tied for the longest streak in NFL history (Tampa Bay, 1999-2003). pic.twitter.com/NS4cKu6vJn

It wasn’t his most conventional sack, and really came down to the coverage, but T.J. Watt got the Steelers’ second sack of the game late in the first half, which was his league-leading 12th sack of the season.

And then Stephon Tuitt would step up on the very next play to sack Alex Smith again, the Steelers’ third sack of the game, and his eighth of the season, extending his career high. Between the two of them, they now have 20 sacks combined.

Of course, the sack streak came in a loss. They have 44 sacks on the season, but, while they still control their path to the number one seed, they are now even in record with the Kansas City Chiefs, as the Cleveland Browns are now just two games back in the AFC North.