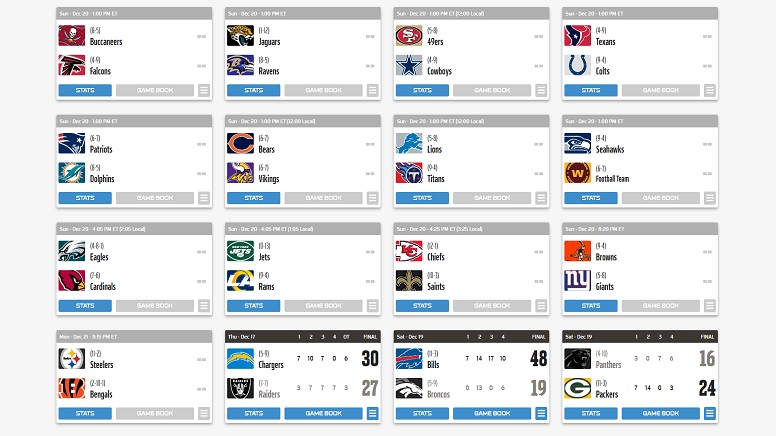 The Pittsburgh Steelers are the AFC North leaders entering week 15 and can wrap up the division if a few different ways on either Sunday or Monday night. They still have a tiny chance at winning the top see in the AFC as well. The Steelers play Monday nigh against the Cincinnati Bengals to wrap up Week 15 of the 2020 season so that means we all get to sit back and watch the rest of the Sunday Week 15 action. So with that, here’s a look at a few other games Steelers fans might want to pay close attention to on Sunday.

The Browns are in second place in the AFC North entering Week 15 with a 9-4 record. If they lose Sunday night to the Giants that will not only hurt their playoff chances, the Steelers will win the AFC North before they even take the field Monday night against the Bengals. The Giants will start former Cleveland quarterback Colt McCoy against the Browns on Sunday night so there is a tiny storyline now added. This is not a hard one to figure out. Root for the Giants to pull off the upset Sunday night.

The Chiefs enter Week 15 as the top seed in the AFC. Them losing to the Saints on Sunday is only big for the Steelers if they also go on to lose or tie to the Atlanta Falcons in Week 15 and the Steelers win out. In reality, only the Chiefs Week 17 game against the Los Angeles Chargers is meaningful with it being both a conference game and a divisional game. In short, if the Chiefs lose to the Saints on Sunday and then win out, they will be the top AFC seed regardless of what the Steelers do in their final three games. All that said, we should still root for the Saints to beat the Chiefs on Sunday so that we can then root for the Falcons to also beat them in Week 16.

The Ravens playoff hopes are very much alive and well in Week 15 even though they enter Sunday in eighth place in the AFC and third in the AFC North division. A loss to the Jaguars on Sunday would obviously hurt the Ravens playoff chances and especially if a few other games go against them on Sunday. While the Ravens aren’t likely to lose to the lowly Jaguars on Sunday, stranger things have happened before. Pull for Jacksonville in this one.

The Colts enter Sunday with a 9-4 record and the No. 6 seed in the AFC. They can’t catch the Steelers in the seeding unless Pittsburgh losses at least two more games. The Colts and Steelers will also play each other in Week 16 so the latter can take care of their own business in that game. All said, if you want the Ravens path to the playoffs to be tougher by Sunday night, root for the Colts to beat the Texans.